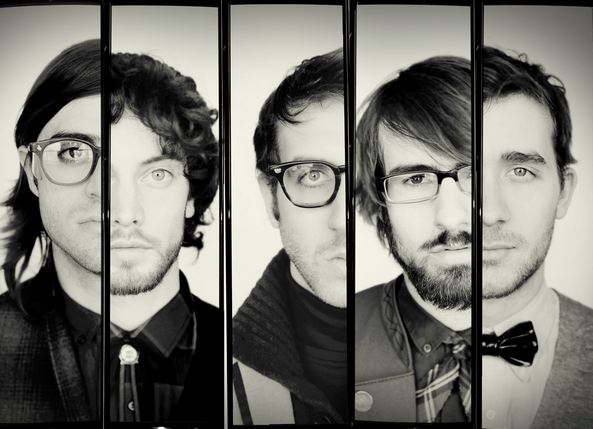 Those of us interested in improving our organizations; our ability to find, attract, recruit, develop, and retain talent; and to simply get “better” as HR/Talent pros have no shortage of freely available resources to help us in these endeavors.

There are HR/Talent blogs like this one, HR and workplace podcasts, webinars, (like this one coming up from the FOT crew), thousands of LinkedIn Groups, Twitter chats, white papers—it goes on and on. And while many of these resources offer great insight, advice, tips, and tools, sometimes it gets hard to sort out the truly valuable from the obvious (and derivative).

Sometimes, I think, we spend too much time searching for answers and don’t pay enough attention to trying to leverage our own actual experiences and the people we have encountered along the way. I think just about anyone can learn much of what they need to know about becoming a better HR/Talent pro by thinking about their own careers, their managers, and their own experiences.

So here, forthwith, are my top 5 lessons I have learned about good management, from real, live, actual managers.

– From my first job as a mall store manager: Trust

Retail at the mall—lots of part-time staff and high turnover. My buddy and I were both working there—we were about 17 or so—and due to a combination of decent upbringing and a low bar to climb over, were the “best,” most trustworthy employees of a shaky lot. The store manager (who at the time seemed very old to us when she was probably about 28), once she determined we were not the normal screw-ups that seemed to be everywhere, slowly began giving us more and more responsibilities at the store. We went from stockroom to customer service at the front of the store to inventory management and ordering, and eventually even scheduling and payroll. It didn’t matter to her that we were just high school kids, that we had not worked there (or anywhere) very long, she recognized that she could give us more to do, and once we proved we could handle it, then more again. She let performance determine trust—and from there came more responsibility and opportunity.

A few years later I was summer jobbing it on the third shift at a massive grocery distribution center. Plus, it was a “cold/frozen” facility, which basically means that the entire building was essentially a refrigerator—which included what was probably a 10,000 square foot freezer off to one side. My job was to assemble orders that would get shipped out to supermarkets and convenience stores. The kind of job Amazon uses robots to do now, but I digress.

One evening, a forklift driver was attempting to move several large pallets holding cases of orange juice down from an extremely high shelf when—suddenly—crash! The pallets gave way, the orange juice began tumbling down and, in an instant, there were hundreds of gallons of orange juice everywhere, and the forklift driver lay stunned on the ground, knocked out of his seat from the force of the impact. Of course all the employees on shift began to freak out, no one knew what to do first, and the poor forklift driver looked liked he might be in shock. Suddenly, the shift manager arrived, and almost like in a movie (if movies were made about night-shift warehouse workers), issued a series of calm, measured, and perfect directions. He prioritized: deal with the injured man first, the potential danger from additional pallets crashing next, the clean-up third, and getting the rest of the folks who were not needed at the scene back to work last. Everyone around played off how calm and in control he was and in literally minutes, order was restored. It may seem like a boring story, but I never forgot how composed this guy was and how it made a difference.

– From my “first job after college” manager: Perspective

My first “real” job after graduating was in a staff accounting and finance group for a huge corporation. The kind of place that was full of pretty smart and nice people, but also the kind of place where a pretty dense and determined bureaucracy had developed over many years. I was, of course, young and arrogant, and after a month or two, full of ideas about how we should change everything. My manager mostly humored me, while making sure I understood some important (and not covered in the official onboarding process) elements of the culture and the way things got done. He taught me the value and importance of seeing the bigger picture, thinking about the one or two areas that made the most sense in which to try and effect change, and then driving hard in these areas. That company was a massive ship— no 22 year-old was going to step in and turn it around. But a 22 year-old could have an impact if he/she played it smart, and he was the manager that taught me that.

– From my first “Crap, I am someone’s manager” job: Respect

There’s loads of “advice for first-time managers” pieces in the world, so I won’t even try and go there in any substantive manner. But I will share the one thing that I thought was most important the first time I had to manage another person—patience. It can be really, really tempting to hit your first managerial role with the mindset of, “I know it all, and if the team just does ‘it’ the way I would then we will all be fine.” But trying to direct folks not only in what to do, but how to do it as well, is the fastest path toward tension, disengagement, and even rebellion. I learned this when a long-time, (and very good) employee whom I was managing pulled me aside one day and, in no uncertain terms, informed me that they did, in fact, know what they were doing, and that I, in fact, had about 20 years less experience in the subject matter than they did. It was a good lesson, and one I never forgot.

– From the best professional manager I have had: Compassion

I will admit this story is a bit of a combination of a couple of incidents or circumstances I have encountered over the years. In each case, the “issues” had nothing directly to do with the work itself, but rather those normal, typical, and often exceedingly difficult things that life throws at us. We have all had these kinds of problems—it doesn’t really matter if it is illness or even a death in the family, problems with the kids’ care-taking, or parents, or even just “normal”  but distressing personal ones.

In two different examples the “best” managers I ever had stood up as caring, decent, and compassionate (and real) people. They never brought up things like “bereavement leave” or asked about where or when a particular piece of work stood or would be completed. They actually demonstrated the kind of concern and empathy that you’d want from someone who (you hope) cares about your welfare. And in both cases, once the “crises” were over, I had concluded I would do just about anything to help both of them going forward.

So that’s it—my top 5 lessons in good management from my longer-than-I-care-to-admit working life (so far). I am sure you have your own examples of great managers from your career, too. Please feel free to share in the comments.