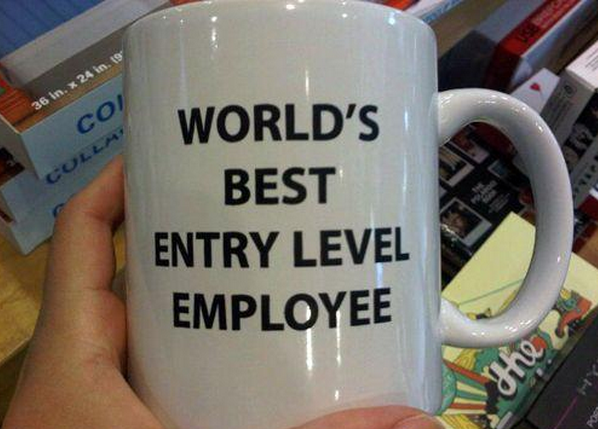 You expect me to give it to you straight, right?  Of course you do.

You know the reality.  20% of your employees produce 80% of the value/profit.  We’ll call those people the naturals.  You got lucky when you hired them, because your “interview process” couldn’t have possible told you they were going to be that good.  You’re lucky.

On the flip side of that, 20% of your employees aren’t really cutting it.  Sure, maybe your managers gave them a “meets” so they could deliver their 2.8% merit increase, but you know the truth. Below average.  You weren’t so lucky when you hired them.  Same interview process—if you’re going to take credit for the good ones, you’ve got to take the blame for the bad ones.

What about the performance of the 60% in the middle? How do you get max performance out of them?  That’s where it gets interesting…

Let’s talk about Employee Development Plans (EDPs) for the 60% of your employees in the middle.  In my experience, that’s where the money is.  The naturals at the top of the food chain don’t need your help. The people at the bottom aren’t great investments.  The middle?  Yeah, that’s probably where your mind needs to be.

Here are my super-secret cliff notes related to EDPs for the middle of your performance bell curve:

1. If you want to get max performance out of your company, don’t focus EDPs on skills and investments that help employees in the middle give you average performance.  You need to focus on unlocking potential—by making investments and forcing them to target self-directed activities that are designed to unlock high/great/exceeds performance.

2.  Your biggest barrier to making that happen is the set up of your performance management methodology.  You need more than a Tony Robbins video.  You need some elements that set you up for success, which follow below.

3.  Do your employees even know what their goals are? If they don’t, how can you actually think about Employee Development Plans anyway?

4.  If you have goals, have you done a decent job at setting the bar for both meets/good or exceeds/great performance? If you’ve done this work and your employee knows what’s required to hit the exceeds/great threshold in any goal, you’ve got what you need to get more bang for your buck related to EDPs.

5.  All Employee Development Plans (EDPs) should be targeting knowledge, skills and abilities that contribute to an employee reaching exceeds/great performance.  Spend money and time on things lower than that bar, and you really won’t move the bar related to organizational performance.

Need an example?  I thought you’d never ask!  Since we’ve got a lot of HR pros reading this blog, I’ll go HR on you.  Let’s say you’re managing an HR Manager (Shirley) who’s in the middle group, and she has a goal of delivering a certain amount of Human Capital training to her client group.

What’s an Employee Development Plan look like that assists in building skills in that area?  I’ll give you two examples:

—An EDP that focuses on “meets”/good performance would say that Shirley can become more effective by becoming a facilitator for a DDI model you’re bringing in.  That’s good, but it doesn’t lead to development that can produce great results.

—An EDP in the same area focused on getting Shirley to “exceeds”/great performance would focus on giving Shirley the skills to do needs analysis and create training from scratch for bigger organizational impact.  That’s where the big win would be in this area.

At the end of day, it’s not smart to spend money associated with EDPs if the employee in question isn’t interested in getting to the exceeds/great level in any goal area.

A closing big thought:  Not all of your people want anything to do with your EDPs, but feel forced to play along because they think its an organizational requirement.  An executive friend of mine recently reported back to me that he allowed his direct reports to say “leave me alone” when it came to professional development.  3 of 8 picked the “leave me alone” option when it was offered.

Wouldn’t you rather have them opt out than spin your wheels?