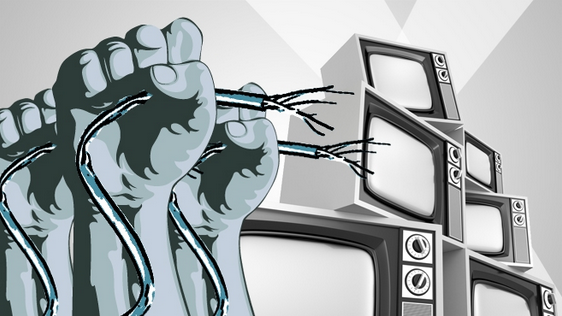 I’ve recently become engaged in an HR technology selection process, and with every conversation and demo, I can’t help but think about the cable industry.  You know—an outdated model for delivering entertainment that forces you to pay for a bunch of sh*t you don’t want or need because well, you really don’t have any other choice.  The space is dominated by one or two big companies and if you don’t like it… well, screw you.

It’s exactly the same in the HR technology space.  These companies have (in most cases) taken a platform developed in a different era of work and have bolted on all sorts of modules that you don’t want or need.  The era of the enterprise HR system is dying.  Just like the cable industry is being hacked by online players like Netflix and Hulu, the HR technology space is ripe for disruption.  While I’m by no means an HR technology expert, I can still see a few areas of potential disruption:

1. Think more like a CRM.  We’re living in an era where employees have more choice than ever before about where they want to work.  And in many cases, a significant number of people who work for your organization actually technically work for someone else!  As HR Pros, we need to be constantly gathering data on and interacting in a targeted way with our most critical people if we want to keep them.  In a sense, it’s an ongoing targeted marketing campaign.  Most HR systems are way too static to gather and present data as a CRM (think the annual or bi-annual employee engagement survey).  It would be interesting to see a company like Salesforce enter into this space.

2. Open source.  Nothing frustrates me more than hearing “Sure, we can do that for you; it will just be a customization.”  Which BTW, will cost you an arm and a leg and there’s nothing you can do about it.  I’d much rather see a world where the end user is given a flexible platform and as much power as possible to shape technology to fit their needs.  For example, how performance management is done in organizations is undergoing enormous amounts of change.  Yet those same organizations who are at the leading edge of how work gets done are forced to use a system that—by design—is meant to appeal to the masses (or lowest common denominator).

3. Think like Uber and Task Rabbit.  The brilliance of these two companies was to directly connect people who have something (a task, car) with people who need something (to be paid, get a ride).  This demand-based system has caused major and mostly positive disruption.  Imagine if a technology company was able to help facilitate this kind of disruption within an organization!  The big guys won’t because it would jeopardize their bread and butter.  But an up-and-comer certainly could take this on.

Bottom line is it’s time for change.  Who’s going to up and drive the disruption?