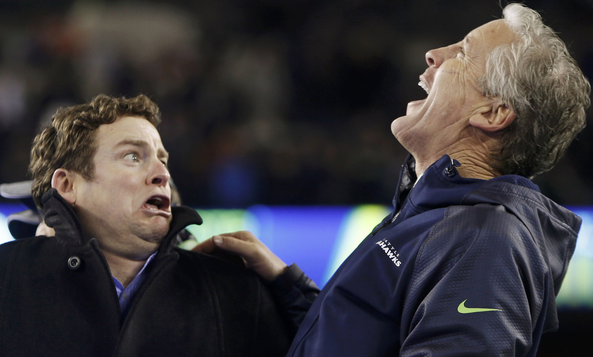 I really can write about more than just the Seattle Seahawks.  I promise.  Here’s proof.

I knew I was due to write the week after the Superbowl.  However, I had hoped to be writing about how to stay on top.  About how to continue to keep employees/players motivated so you are always putting the best product out on the field.

The best way to put how I felt after the Superbowl is this: 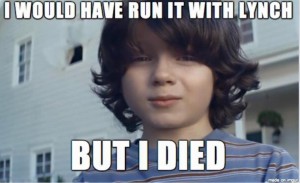 What people seem to forget is that every single person in the Patriots organization was 100% sure of one thing on that final play.  They realized that, with complete certainty, the ball was going to Marshawn Lynch, who would turn on Beastmode and run that ball right up the middle with every member of the Seahawks offensive line pushing him across.

And, Pete Carroll knew they knew this.  He had time on the clock and timeouts left to kill.  So, he took a risk.  A risk similar to those he has taken before.  With fake field goals, or passing on 4th and long, or having Wilson hand the ball off only to run down field as a wide receiver.  The only difference, really, is that those risks paid off.

Our leaders should feel free to take risks.  And the only way they will have the confidence in themselves to do so is if we give them room to fail once in a while.  Sometimes, a failure could happen at a critical time.  Mistakes happen.  The Seahawks lost the Superbowl.  Bill Gates first created a company called Traf-O-Data before failing and moving on to found Microsoft.  Heck… even Justin Timberlake had to go through Britney Spears to get to Jessica Biel.

Success involves risk taking.  Risks involve occasional failure.  We can be pissed and second guess everything.  Or, we can accept it and move on making sure our leaders know we still have their backs.