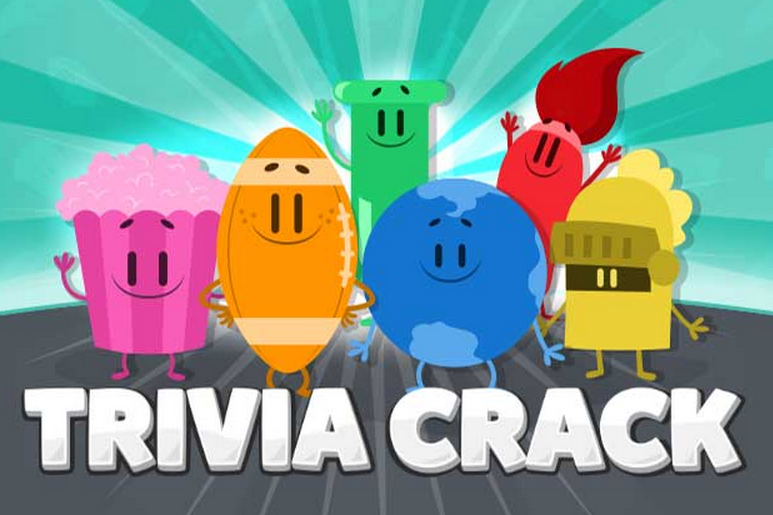 According to reports, the mobile game Trivia Crack is currently the most downloaded app in the world. Since its debut, this app has racked up more than 125 million downloads worldwide. It has also managed to reach the No. 1 spot on the overall app download chart in important countries like the United States and Canada.

Trivia Crack pits players against their friends in a Trivial Pursuit-style quest of knowledge. It already has over 200,000 unique questions, and—thanks to its players—it gets 2,000 new questions every day.

After downloading the app, players can choose to connect through Facebook or email.

They’re then ready to start a game with a random opponent or a friend. Once a match is set, the first player will give a bright wheel, nicknamed Willy, a spin to decide which category they’ll play first.

The game has six categories, including science, entertainment, art, geography, sports and history. Each category has a corresponding animated character and players’ answers are timed.

Answer three questions correctly and earn one of the six total characters needed to win a game, or you can challenge an opponent for a character they’re holding. If a user answers incorrectly, it is then their opponent’s turn.

The app also comes with a chat feature, allowing for plenty of friendly banter/trash talk during the competition.

It is a pretty addicting little game I have to say. I downloaded it to try it out after reading about its popularity, and I admit to getting sucked in to the sounds, action, fun, and more importantly—the competitive aspect of the game. It is fun to guess trivia answers, but it is more fun to win.

Much has been written and discussed about gamification of enterprise technologies and the general consumerization of the applications that we use at work for knowledge sharing, collaboration, and learning. And while many of these newer technologies have introduced gaming elements like leaderboards and virtual prizes or badges, the element of real, person-to-person competition usually is missing.

For some reason we like to avoid (for the most part), these kinds of discrete or defined contests or competitions at work, and tend more towards group-based contests, like in wellness contests about who has taken the most steps in a time period or even in traditional “Who has sold the most widgets this quarter” promotions. We want people to compete at work but not be too competitive, if that makes sense, especially in one-on-one scenarios.

And in many ways, that makes perfect sense. After all, colleagues at work are meant to be just that—colleagues—and heated competition between and among colleagues we know can lead to lots of behaviors that could potentially run at cross-purposes to overall company goals and team morale.

Mostly at work, we like to frame competition against our real and perceived external enemies… the other firms in our industry or the other firms in our local market that compete for the same talent we are after. And while “winning” those contests are fun, often it is very difficult to know precisely why any given contest results in a win or a loss. We can learn from these, but often not that much, not enough.

But when we compete in a head-to-head contest in a defined context against a known opponent (like in the Trivia Crack game) winning and losing is clear, rapid, and definitely attributable. I could easily see the value in a “Trivia Crack” approach, say… to a group of new sales hires, that quizzes them to see who has learned the product features the best… or for a group of marketers to face off in “Shark Tank” style pitches for a new ad campaign.

I think sometimes we underutilize many people’s tendency to perform at a high level when placed in competitive situations. We want to win. We like to win. We will bear down and really give maximum effort in order to win. And whether it is Trivia Crack or next quarter’s strategic plan, competition brings out the best in many of us.

Maybe we need a little more of it inside our organizations.