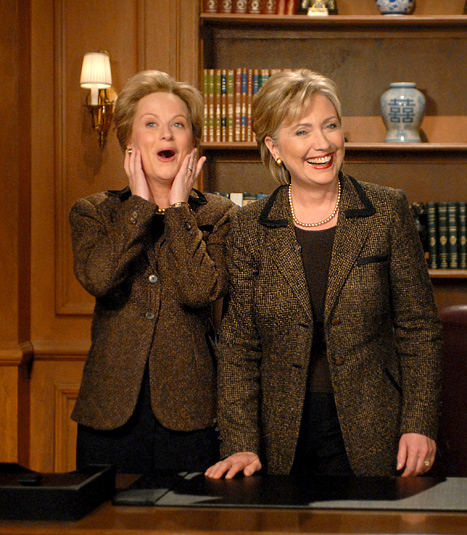 Last week, I spoke with HR and recruiting professionals in Omaha.

Have you been there? It’s nice—if you like chain restaurants, which I do. Give me sweet potato fries and some good customer service, and I’m a happy gal on the road.

So I was in Omaha, last week, seated at the bar of a chain restaurant when some dude looked at the TV and called Hillary Clinton a bitch.

It was right after the Hilary Clinton email news conference where she tried to explain the reasons why she used a personal email account while serving as the Secretary of State. It was before we had information on the inconsistent ways in which people such as Condoleezza Rice and Colin Powell managed their work-related email accounts.

Not that it matters. You don’t call someone a bitch. That’s awful.

I just rolled my eyes because I knew what was coming. Talking to no one in particular—which means he was talking to me—this guy started asking the TV a bunch of questions.

Good grief. I just want to eat my sweet potato fries in peace.

But I looked at this guy next to me and thought, hey, here we go. The 2016 election is all about HR.

This dude is a misogynist and a jerk, but he’s also upset because of the way “executives” are often allowed to behave differently than workers. He seems upset that one set of rules apply to those in power, and the rest of us have to sign compliance documents that tell us how to store our email. And he’s upset because no one would ever believe him if he broke the rules.

Can you answer that, dear friends and colleagues in HR?

This guy was a living, breathing example of the 99% of workers who jump through hoops and are told to get on board the bus before it leaves without them. Forced ranking. BYOD policies. The bell curve. All of the annoying shit that happens in HR is still very real to them, even though they don’t understand how these policies correlate with good governance and corporate profitability.

Then there is the non-partisan executive strata—mostly white, mostly male—where you get Cadillac benefits, personal email servers, and the option to do whatever you please at work because you’re too big to fail.

Watching Hillary Clinton up on stage as a benefactor of these unfair fringe benefits is just abominable to many middle-class Americans like the guy next to me at the restaurant. People can’t stomach it.

You only have to glance at USA Today to see that nearly ever major story in the newspaper is about work. Go ahead. Visit their website and come back here. A majority of the articles have something to do with human resources.

So that’s why I’m calling the 2016 election for HR. Our issues are front and center. People are thinking about us. And we’ll be asked what we think about policies, issues and candidates. Are you ready?

Me? I like Hillary just fine, but I am a big fan of John Edwards. He was right — there are two Americas. My experience at the restaurant in Omaha proves that to be true.