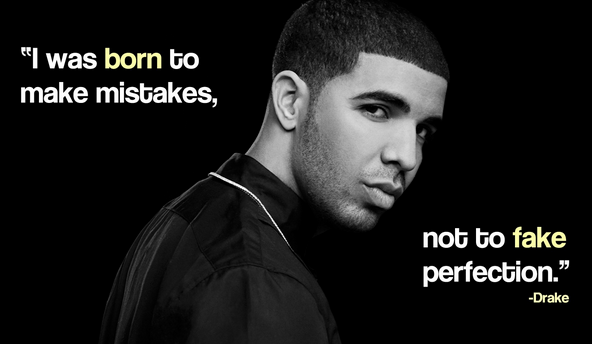 We spent two weeks putting everything we had into preparing a pitch for organizational consulting work to a potentially huge client, and—once again—were shot down. This wasn’t unheard of. Any career in consulting is going to be rife with rejection. But it always stings a little bit when you see 150 hours of your work poured down the drain. This time, however, we didn’t pour it down the drain. This time was different.

I’d never worked with this Partner before—we’ll call him John. He spent most of his time on growth strategy. This was his first foray into pitching organizational strategy work. Based on how he handled it, you’d think he’d have been working in the org space his entire career.

The first thing he did after the rejection was call a team meeting. Already this was different. Normally we’d get a voicemail about “how great the meeting went,” but noting that “unfortunately the client just wasn’t ready for our caliber of work, so he went with a lower-cost consultant… a decision they are sure to regret down the road and come back to us.” That was the standard excuse—it’s not us, it’s them. Stupid clients, dishonest competitors, unlucky circumstance. Always an excuse.

This time, John called us in and delivered a slap in the face: “Well, we lost. We didn’t measure up, but we should have.”

“What?” I thought. “Is John some sort of ball buster that’s going to yell and scream at us? Is he looking for someone to blame? What an a$$!” Yet, as I slowly crept backward, thanking God I was short enough to easily blend in, my anxiety and paranoia gave way to shock.

John continued: “I didn’t emphasize Points A & B enough, and I didn’t anticipate he’d want to know about Point C. I should have done X, Y, and Z. I didn’t because of Reason X, but in retrospect I think Reason X didn’t apply here. Next time, I’ll do that differently.”

John delivered his self-assessment publicly and without shame. He was disappointed in the result, and he didn’t pretend it was simply because the potential clients were too stupid to appreciate our value. He acknowledged that he, as the point-man, made some mistakes that led to negative results. Why? Because John genuinely wanted to learn from this bad outcome to make himself, and the team, better. And he wanted to do his part to reinforce an important leadership trait the company aspired to embody—one that Amy Edmonson (see Teaming: How Organizations Learn, Innovate, and Compete in the Knowledge Economy) describes as Psychological Safety: the shared belief that team members are safe to take risks and admit mistakes.

I asked John later that night why he did this. After all, “Aren’t you worried people will see you as incompetent if you’re advertising your mistakes in public like that?” His answer changed the way I think about leadership: “No one actually thinks I’m perfect. If I believed that, I’m only kidding myself, and I’m depriving myself and the team of a valuable learning opportunity.”

John’s priority was to learn and improve, not to brush any learning opportunity under the rug in favor of some false notion that he was perfect in everyone else’s eyes. He also wanted others around him to learn and improve, so he did his assessments publicly, asking for others to follow his lead by discussing what they thought he, or they, could have done differently. Five minutes before John started talking, I would have done everything I could to bury my mistakes under a heaping pile of bullshit. Just five minutes later, I found myself publicly, and voluntarily, acknowledging that I could have done this, that, and the other thing differently. And you know what? The next time around, I did this, that, and the other thing differently.

Every company, and indeed every team, I’ve come across will tell you it values honestly and continuous learning, two byproducts of creating Psychological Safety on your teams. But few of them put it into practice, and reap the immense benefits of honest reflection, discussion, feedback, and improvement. Why? Because this is so easy to talk about and so difficult to do!