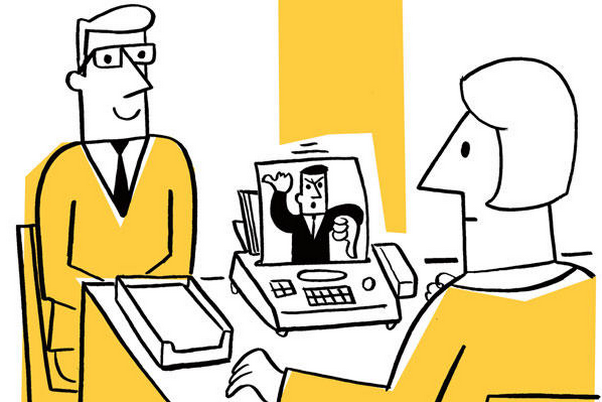 When I was in college, my pals and I listened to a lot of music. We determined rock artists Lou Reed, Iggy Pop and David Bowie were so brilliantly cavalier (indifferent, dismissive) we dubbed them the unholy trinity.

HR folks, you have an unholy trinity on your hands, as well—it’s called reference checking. Unfortunately, being cavalier with your reference checking isn’t so brilliant. In this case the “un” in unholy is not what you should be going for.

Before I explain the “reference check unholy trinity” this must be said. If you think references are irrelevant, unimportant or worthless YOU ARE NUTS. CUCKOO. MAD AS A HATTER. BELONG IN A BOOBY HATCH.

If you don’t do a reference check, it’s kinda like participating in an “arranged marriage.” I mean, I know the guy next to me at the altar fits the “marriage” job description (he is a human). But I have no concept of where he is hiding his crazy. Will I see it when he insists on living in a house with 6 cats? When he insists on only buying 1-ply toilet paper? He uses a real handkerchief instead of Kleenex? I don’t know! I haven’t asked anyone nor seen for myself!

What makes reference checking so unholy? There are three things (aka, the trinity part):

HR pros all get that bullets 1 and 2 are issues. But I know some of you are having trouble believing that your hiring managers could be indifferent. Let me give you an example.

A Story Of Indifference

For those of you who think managers aren’t indifferent I have two words for you: Johnny Manziel, or if you’re a real nerd, “Johnny Football” (really?). Johnny is a current Quarterback for the Cleveland Browns.

Before joining the Browns, Johnny Manziel was quarterback for Texas A&M and a damn-good, exciting playmaker. His abilities during this time can’t be understated. Much to the University of Alabama’s chagrin (#rolltide), he was able to squeak around the most foreboding defenses and get points on the board. He was exciting.

Unfortunately, during his college career, Johnny Football was also immature; grandiose; got arrested for disorderly conduct and accused of signing autographs for cash (NCAA violation); got kicked-out of the Manning Passing Academy for missing or coming in late to practice; provoked fights on and off the field; publicly insulted his school; used poor judgment with social media regarding drinking, gambling, and partying and his family publicly announced him having anger-management issues and possible alcohol problems.

Despite knowing all this (it was quite public), they hired him anyway on their 2014 NFL roster as a round 1 draft pick. In addition, Johnny’s NFL combine report stated, Johnny is “undisciplined – plays his own offense and presses to make plays.” He has “Suspect intangibles – (is) not a leader by example or known to inspire by his words. (He) carries a sense of entitlement and prima-donna arrogance, seeking out the bright lights of Hollywood.” And (He) “is known to party too much and is drawn to all the trappings of the game.” The Browns hired him anyway.

The Browns were indifferent. The pros of Johnny Manziel’s potential (damn good by the way) also listed in the combine report, were more important than Johnny Football’s “suspect intangibles.”

Unfortunately for Browns fans everywhere (me included), in reality, the cons have now outweighed the pros. All “suspect intangibles” have come true post-hire. He has become more known for his partying than for his commitment to football. Just a few weeks ago Mr. Manziel checked into rehab. His time on the field has been mediocre at best. And no one is surprised, including likely, the Browns’ management staff.

The point? All of the “reference checking” in the world would not have changed management’s decision to make this hire. Period. Granted, the Browns did have what we may call the results of a “live assessment,” which is super valid in its own right, but let’s not digress. The Browns were willing to take a risk on an immature hot head in the hopes that he would make a personality-180 quickly.

They gambled and they lost. And they don’t care. Indifferent.

So what to do to curb the “reference check unholy trinity?”

This “reference check unholy trinity” makes reference checking difficult and leaves HR pros feeling it is an exercise in futility. Frankly, many times it is. But don’t let it be.

Focus on what you can control and begin to change the “it’s-a-waste-of-time” conversation internally. HR pros have the most control over bullets 1 and 2 (biased references and corporate policies), so let’s start there.

And what about the indifferent manager?

Hopefully these tips will help bring a little heavenly light to counter-balance the unholy trinity.

Be on the lookout later this month for the new FOT video series called “No Scrubs”—brought to you by Chequed.com.