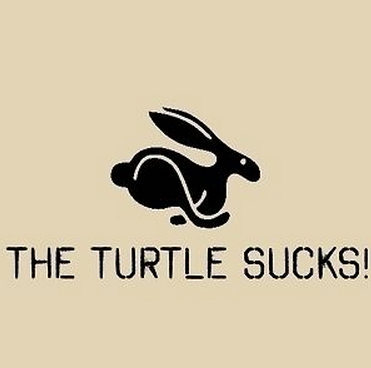 The other day, I was listening to a friend discuss what a competitive equestrian she was growing up.

As I am wont to do when fake-listening to someone wax stories of yesteryear, I started daydreaming. I couldn’t help but think: Why do people compete at riding horses? Equestrian is an artform, isn’t it? Who was the first narcissist who sat watching someone demonstrate grace and elegance while horseback riding and said “I bet I can do that even more graceful and elegantly!”? How did we turn something like this into a competition?

That led me to thinking of other absurd competitions we have as humans: ballroom dancing, synchronized swimming, turtle racing (yeah, it’s a thing), speed-eating, competitive fishing, and my personal favorite for absurd ways in which we compete: cheerleading—literally a sport invented as a means to support another sport, until some hyper-competitive student yelled, “Hey, I can support that other sport better than you can support that other sport!” Why do we do these things?

And yet, 21st century management theory tends to frown on competition. Why? Two reasons include there being a fear that competition will cut down on collaboration, and also that competition makes the losers feel like losers. These are valid concerns in some endeavors. For instance, you wouldn’t want to introduce a competition like “who can get the highest 360-feedback scores” else you’re likely to incentivize suboptimal behavior (e.g., pressuring responders into giving higher scores, artificially tanking the scores of your colleagues, etc.). Likewise, you wouldn’t want a competition on which a team can meet its strategic objectives the quickest, else you’re likely to stifle inter-team collaboration and cooperation, as well as leave folks who achieved their objectives a little later feeling less satisfied. I get that. But not all competition compromises success. Sometimes competition can bring out the best in people. It is, after all, a basic human instinct.

What conditions have to exist to identify situations in which competition might be healthy?

– First, you need situations that don’t require collaboration across competing groups. People are less likely to help one another if helping isn’t aligned with their ability to “win.”

– Second, you want to avoid situations where the “losers” of the competition would be demoralized. That could cut down on risk-taking and lead to everyone “playing it safe” and not stretching. Instead, look for situations where winning can be celebrated while losing isn’t devastating.

– Third, you want situations that have clearly measurable outcomes. If you can’t measure it objectively, it’s tough to ensure integrity in the outcome.

– Fourth, you need the competitors to be able to clearly and directly impact the outcome. If too much is left to chance, it’s unlikely a good candidate for a productive competition.

– Finally, you want something that people believe matters—something worth fighting for.

If you can meet these criteria, then you should consider whether introducing some competition would bring out the natural human urges to try a bit harder.

Some examples just in the HR space that meet these criteria are listed below. Why not have a competition that measures:

Competition, in and of itself, isn’t bad. It’s a basic human instinct. It only becomes something to avoid when it cuts down on necessary collaboration, or when it leaves losers feeling demoralized. But as shown above, there are plenty of objectives that could benefit from a little safe competition.

What are some others? Where have you used competition effectively in the workplace? Hit me in the comments.