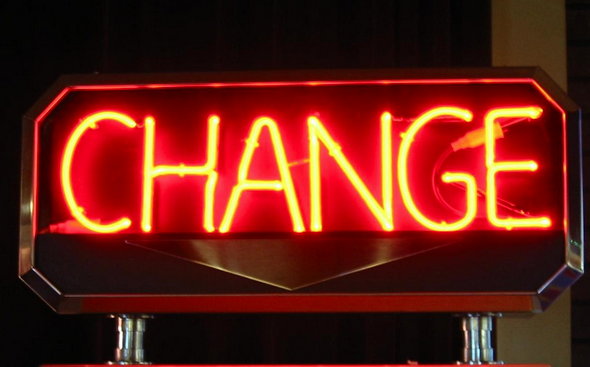 Somewhere there’s a marketing manager for a Taxi association.  She’s got direct reports and is just hearing about this thing called Uber.  She already set some lame goals for her team.  Remember that.

You? You’re in charge just like her. You’ve got direct reports and all that makes you responsible for. Sweet.

It’s April, so now is the time to talk about something important—goal setting.  I know, I know—you’re either reacting one of two ways:

–KD, we did that already. Go away.

–KD, I haven’t done that because I’ve been busy.  #GoAway

“I set their goals in good faith.  I can’t change them.”

Why the hell not?  Here’s a tip: Not only can you change goals for the people who report to you, all of us probably should.

Do any of you work in businesses that won’t experience fundamental change in 2015?  Does your strategic plan get used as a napkin by June of the calendar year?

Stuff—it flows downhill my friend.  If things change in the business, goals for the people who report to you probably need to change, as well.  If you’re in a business that doesn’t have a lot of change this year, call me. I want to come experience the silence, the peace. Of course, silence usually means a lack of customers, so this year might be the last year you have to do goal setting, if you know what I mean.

But back to you. It’s April and if #### hasn’t changed already for your team, it’s likely to start happening this month as your exec team figures out that someone just didn’t steal the cheese—their cheese got freaking commoditized.  Think Taxi Association Marketing Director.

You need to be prepared to change the goals for some or all of your direct reports.  Here’s your primer of what you need to know:

1.  If your HR team hasn’t told you, IT’S OK TO CHANGE THE GOALS FOR YOUR TEAM.  It’s called active management.  You can change goals any time you want.

2. You don’t have to apologize or ask for implied permission from your direct reports to change their goals.  You just have to cowboy up, boys and girls, and decide to do it.

3.  Changing goals causes a need for communication with any direct report whose goals are being changed.  That’s right—you have to talk to them and tell them what’s up.

4.  Your communication with the direct report can include participation by them—you can tell them what’s changed in the business, where their renewed focus needs to be— and let them participate in figuring out a goal that helps meet the new need.  Heck, you can even let them participate in which goal doesn’t rise to that level of performance and should be dropped.  PS: You should make the final calls and be an active participant in this.

5. Your traditional feeling that you shouldn’t (or couldn’t) change goals for your people is mostly rationalization. There’s work and communication involved, but it’s much easier to let it slide and then give the ultimate passing of the buck: HR DIDN’T TELL ME I COULD DO THAT.

Your choice is pretty simple when it comes to changing goals.  You can either do nothing and feel good that HR didn’t tell you it was possible, or you can be a kick-ass manager and change goals when it makes sense.

The Taxi Association Marketing Director is probably going to avoid changing goals in the face of Uber.

How do you think that’s going to work out for her?