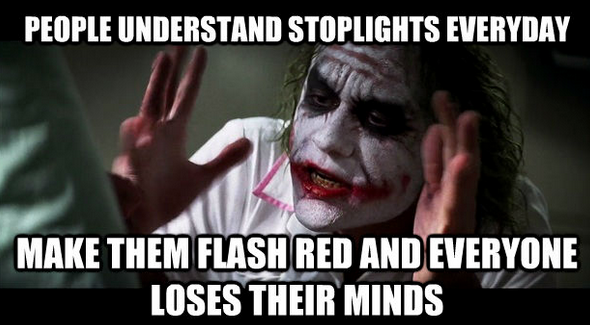 There’s been a lot of money spent trying to make interviewing more science than art.  Let’s count the ways:

–1000 assessments designed to tell you everything you need to know about the candidate just short of swabbing them..

–Processing mapping that interview process with a cool version of Visio, only to find out that none of your hiring managers can open a Visio file.

So you PDF’d the Visio file—smart.  That’s why you get the big bucks, Alice. Of course, they still don’t read your process map. Why? Because every hiring manager thinks they’re good at interviewing candidates.  You and I know they’re not, so we do things to react to that reality—like targeted selection, assessments and more.

There’s just this one little problem—even with all the tools we add, we’re still not pressuring the candidate enough to know how they’re going to react when the #### hits the fan, and they feel stupid related to the task that’s been assigned or given a crappy client reaction to the advice that they’ve offered up.

Candidates still fake their way through interviews. Hiring managers still hire people who are like them, and if they don’t, they hire the best looking candidate or someone who’s a smooth talker.

That’s why our interviewing process has a higher fail rate than we would like.

Why do so many candidates fail? I’ve got a theory—because we haven’t pressured them to the point of losing their composure in the interview process.

The solution is pretty simple. You need an open-ended exercise at the end of every interviewing process designed to make the candidate uncomfortable.  For most of us, the best way to do this is what I’ll call the Inbox Exercise.

The Inbox Exercise is situational-based and includes of lot of details, some of which are very meaningful and some of which mean absolutely nothing.  You present the candidate with a lot of details about the situation, the customer, what your products and services are capable of, relevant personality details of the client, etc. You ask the candidate to sift through all those details and then come back to you and make a presentation of what they’re going to do to deal with the problem.

Need an example? Let’s say I’m hiring a Lead Generation/Sourcing person, which I actually am at our Atlanta-based company, Kinetix. Once I have a couple of finalists, I’d put together something like this:

1.  I’m looking for people who are interested in working as a VP of Talent Acquisition in Denver, Colorado (which I actually am—ping me if that’s you). Put together a sourcing plan to find all the candidates with the potential to do that work in Denver at a company with 8,000 global employees.  (Note: I know this is sourcing, not lead gen, but it’s actually both since we’re a recruiting company).

2. Next, tell me the marketing activities you’re going to do over a 30-day period to drag the leads into a funnel by raising their hand to apply for the job. Note—we’re a marketing automation shop (Pardot) and we like to market directly to passive candidates via email. Use that tool, and tell me what other tools you’re going to use to generate interest.

3.  Finally, tell me your goals you’ll establish that are going to help you evaluate the success of the campaign.

That type of inbox exercise seems pretty tame. But your job when the candidate actually presents is to really to dig into how they came up with the plan. I’d tell you there are at least 5 things that I can really drill into in each one of the buckets above. I’d expect a stellar candidate to come in with at least 3. Average candidates would get 2 of the 5, and candidates I don’t want to hire would get 1.

But any candidate has the opportunity to upgrade or downgrade themselves based on what happens when I start asking them questions about what I think they missed.

Stellar candidates might get flustered and show an inability to ask me questions about what I’m looking for. Average or even below-average candidates can upgrade themselves through this type of exercise through their ability to drill in and have meaningful conversations, even when they’re at a knowledge deficit.

At the end of the day, our job is to make the candidate feel vulnerable by asking them for details they can’t BS us on. Did they keep their composure? Can they be consultative even when they’re alarmed they don’t know as much as the person across the table interviewing them?

Want better hires? Make candidates feel like they might have failed in the last stage of the interview process.

FOT Note: This post is sponsored by the good folks at CareerBuilder.com, who care so much about the world of recruiting and human resources that they’ve become an annual sponsor at FOT.  Here’s where it gets good: As part of the CareerBuilder sponsorship, FOT contributors get to write anything we want on a monthly basis, and CareerBuilder doesn’t get to review it.  We’re also doing a monthly podcast called the “Post and Pray Podcast,” which is also sponsored by CareerBuilder.  Good times.