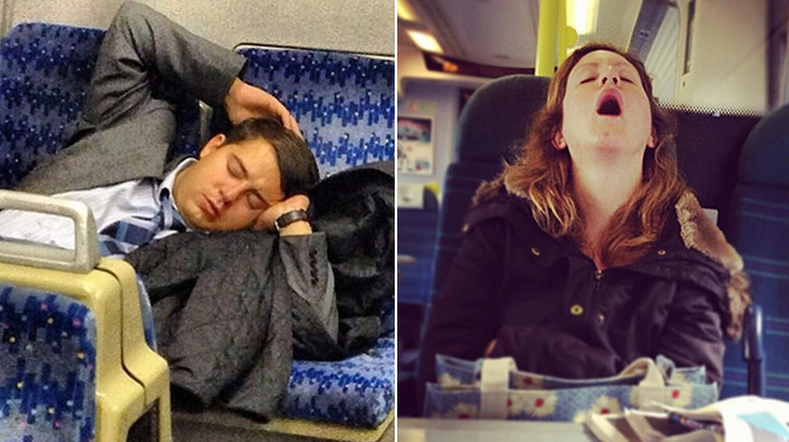 In case you missed it, earlier this week, an Alaska Airlines flight leaving my home base airport of SeaTac, quickly realized they needed to turn around.

Shortly after takeoff, the pilot began hearing a banging noise coming from the cargo hold of the plane.  The banging was accompanied by yelling.  It was obvious that there was a person IN the cargo hold!

What could this be?! Is this person part of a nefarious plot to bring down the plane? Did he sneak on board to sabotage the flight?  Could he be a danger to everyone on board?

Nope… turned out he was a baggage worker that decided he wanted to take a little nap.  Mind you, he didn’t pass out from exhaustion.  He wasn’t knocked unconscious.  This dude decided to lie himself down in the cargo hold he was loading bags into and catch some Zs.

We’ll start with a Don’t:

– DON’T take a nap somewhere that will disrupt the entire operation.  If you’re a luggage handler, find somewhere besides a plane that’s about to take off to snooze.  Perhaps the cart that you hauled the bags over in?  Curl up somewhere where you can crash without making others think they too may crash.

– DO make sure someone knows where to find you.  I mean, you don’t need to tell them you’re napping.  But, it would be nice to inform your boss that you are not dead in a wheel well somewhere.  Assuming your boss actually cares… unlike this guy’s boss, apparently.

– DON’T cause a ruckus!  If you find that you have picked a less than smart place to lay your head, don’t freak out!  This may just cause others to freak out.  Instead, assume that you’re just an idiot and should work your way out of this on your own.

– DO take advantage of your situation.  If you find yourself in a pressurized compartment of an airplane flying from Seattle to LA, it’s probably time to go ahead and get that nap!  I mean, you’re in the air already!  Might as well enjoy it!

– DON’T expect to get more than a cat nap.  Especially if you still have stuff to do.  You know, like get yourself out of a plane that’s about to take off.  Work naps are just quickies designed to give you a little more energy to complete the day.

– DO expect relentless mocking if you’re caught.  I suspect that most people caught napping won’t lose their jobs like this guy most likely will.  However, at the very least, expect someone to write something on your head with a magic marker.

– DON’T make a habit out of this!  Many companies are offering napping spaces nowadays.  I am unsure if Alaska or their baggage company, Menzies Aviation, are on this list.  However, even with this in mind, it’s best not to make this an every day thing.

– DO consider getting more sleep at night.  In your own bed.  On your own time.  With your head on your own luggage.

This story made my week.  Clearly, a few things went wrong, including the supervisor not properly following up when he discovered his worker was missing.  Thankfully, nobody was hurt including Captain Sleepy Pants.

I wonder if he earned miles for this trip?