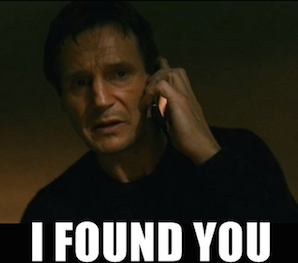 I’ve never gotten a job by applying for a position through an Applicant Tracking System. Never. Ever.

The reality is most positions in organizations are filled around the ATS. Most organizations’ number one source will always be referrals. Then, depending on the organization, it’s a combination of job boards (CB, Monster, LinkedIn), Indeed, college campus strategies, other recruitment marketing strategies, etc. Some of these might come through the ATS, but it’s still a crapshoot for most organizations.

In many organizations, hiring managers are looking for the ever elusive “passive candidate.”  Talent Acquisition pros hate this, but it’s their reality. The first question a hiring manager usually asks is, “Where did you get this candidate from?” Great talent acquisition pros figure out great responses to this, because they know what’s coming next.

If you say, “They applied!” it’s almost an immediate negative to the hiring manager. They want to know why? Why are they looking? What’s wrong with their current job? Why did they leave their job?

It makes you want to scream, “MAYBE WE ARE JUST GREAT AND THEY WANT TO WORK HERE!” but you know that will just make the hiring manager fall over with laughter!

The secret to getting hired at a company is to find a way to get your resume passed on to the person who is hiring and not from someone in talent acquisition or HR.

Hiring managers love to “find” candidates! So, if you want to get hired, you need to find a way to get “found!”

The secret to getting hired at a company is to be “found.”

FOT Note:  We here at FOT like to think we get talent and HR at a different level. At the very least, we are probably going to have a different take than the norm. That’s why we asked  HireVue to be an annual sponsor at FOT, where they’ll sponsor posts like this one, allowing FOT contributors to write, without restriction, on all things related to talent and predictive analytics and how it impacts our organizations. Most of us will never get the science behind all of this, and to help, HireVue is also signed up to sponsor a FOT video series aptly names “Weird Science.” Be on the lookout for latest episode of Weird Science later this month.