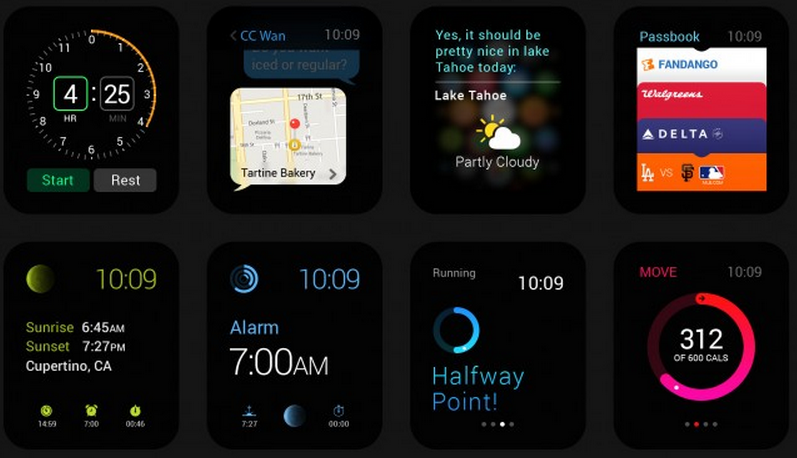 In a few weeks, Apple will once again attempt to redefine an existing technology category, in this case wearable tech, with the launch of the Apple Watch.

Just as MP3 players, smartphones, and tablet computers existed prior to the launch of (respectively) the iPod, iPhone, and iPad, numerous and competing “smart” watches have been on the market for some time. But just like how the aforementioned Apple gadgets established a new level of design, capability, and desirability in the marketplace, many are expecting the Apple Watch to have the same effect on the smartwatch category. Lots of folks who have never considered owning a smartwatch like a Pebble or a Galaxy Gear will at least be tempted by the Apple Watch, and I bet many will end up buying the device (although maybe not too many will splurge for the high-end ‘Edition’ model).

At least one of the reasons (apart from the Apple fanatics who will line up to buy anything the company creates and don’t need a reason beyond that) “regular” folks will buy the Apple Watch is similar to why we like iPhones and iPads—the expansive and robust set of capabilities these devices possess, largely due to the vast ecosystem of apps in the Apple App Store. And just as apps are what makes iPhones and iPads so useful, so will apps, in large part, determine and define the utility of the Apple Watch. But since the Watch will have such a significantly smaller form factor, these Watch apps will have to be re-imagined.

What will these apps for the Watch look and feel like?

Well if this piece about the New York Times Apple Watch app from Business Insider is any indication, they will mostly provide quick, concise, and extremely easily digestible bits of information… information designed to be “glanceable.” What is The Times up to? From the piece:

“The New York Times is introducing a new form of storytelling designed specifically for the Apple Watch, according to a press release, as the newspaper will send out one-sentence stories “crafted specially for small screens.”

The one-sentence stories are meant to make it easy for Apple Watch users to quickly learn the important details of a story so they can “catch up in seconds” as they go about their day. These shortened stories will cover many of the popular sections of The New York Times, including Business, Tech, Politics, Science, and The Arts.

While the stories won’t feature paragraphs of text, each one-sentence story will also include photos and a bullet summaries of the key facts. Interestingly enough, screenshots of the app shared by Time deputy tech editor Alex Fitzpatrick also show that emojis will be used.

So The Times, for over 100 years the gold standard of American news, will be pushing “one sentence stories” occasionally augmented by emojis, to users of the Apple Watch. Why that format? Obviously the small screen estate and fleeting nature of the user interaction require that the information being pushed to the Watch be only what is essential to convey the intended message in a second or two. And the emojis? Well, the little smiley-face emoji can express in one character the notion of “I am smiling as I type this,” which would take up half of the watch face.

Why should you, Mr. and Ms. HR and Talent Pro, be concerned about the upcoming Apple Watch, and the communication challenges and  requirements such a device places on communicators (like you)?

Well, simply, if/when the Watch (or competing devices) begin to catch on, and as more folks adopt them and become accustomed to its functionality, then information will increasingly have to be distilled into New York Times-style one sentence stories, that align with both the device’s design as well as the demands of the device wearers (many of whom will be your employees/candidates/customers etc.). In a world and workplace where we will often have time and attention spans good for one sentence of content only, entire communications strategies have to adapt. Long HR policy statements, job descriptions, promotions for your upcoming career open house, and yes, (and this one is going to be really tough for me) blog posts might all need to find a way to adapt to the one-sentence, glanceable paradigm. And we may need to get more tolerant of emojis in business communication, too.

In that world, the Apple Watch world, almost all current communications are just too long, don’t fit, and won’t work. The technology is not going to wait for us to adapt either, it will force us to, or force us to look for some other line of work.

So let’s see if I can take a bit of my own advice, and re-state this almost 800 word post into a format that will work on the upcoming Fistful of Talent Apple Watch app: