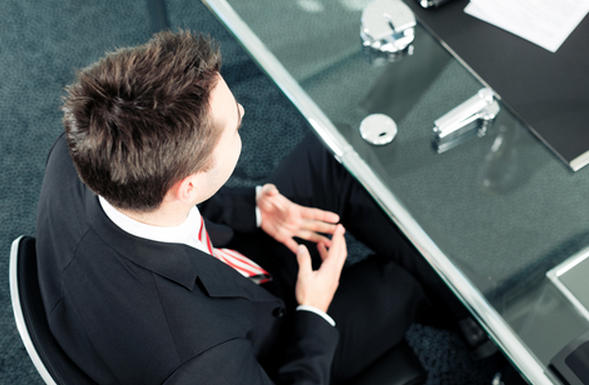 When everyone else outgrew me and my hustle wasn’t enough to make the team, I started playing music. My favorite musicians were the energetic drummers who sang backups. Why? Because I was an energetic drummer who sang backups. In college, my favorite professors were mathematicians-turned-businessmen. Why? Because I was a math/econ major and loved the quant side of business. See a trend here?

We admire in others those attributes we try to embody in ourselves. We are drawn to people who honor our own inherent values. We can use this human tendency in our interviews, to assess what type of leader someone strives to be.

Ask a candidate what type of leader she is, and you’ll likely get a canned answer that speaks to your company’s mission statement and company values. In today’s day and age, it’s too easy to research what the interviewer wants to hear, and regurgitate that in some rehearsed line served up on a silver platter. But what if you could get past the bullshit and really get a sense for what type of leader someone strives to be? I think you can.

Instead of asking a candidate what type of leader she is, ask her to describe one of the most impressive leadership successes she witnessed in someone else. Talking about yourself as an interview candidate is tough – you have to be sufficiently humble to not come across as a big-headed jerk, but also highlight your immense contributions and strengths. The mental gymnastics required to walk that line often takes center stage, and you stop authentically reflecting and answering on the question at hand. By asking the candidate to talk about someone else, you are removing the sociological pressure to humble-brag. It sidelines the concerns over being brutally honest about what went well and what didn’t, and allows the candidate to openly and honestly assess a particular leadership approach. It also provides some insight into how deferential someone can be to someone else, which is a character clue. But don’t stop with this first question – it gets better.

Once your candidate describes a leadership success she witnessed in someone else, double click into what was so admirable about that success:

These sorts of follow-on questions provide all the juicy details about this candidate’s impression of good leadership. Ask these questions, let her paint a picture of the sort of leader she strives to be, and then compare it against the sort of leader that succeeds in your organization. You’re likely to get a far more accurate depiction of what this candidate believes is “good leadership” from this exercise than you would if you simply asked her to describe what sort of leader she is. Happy hunting!