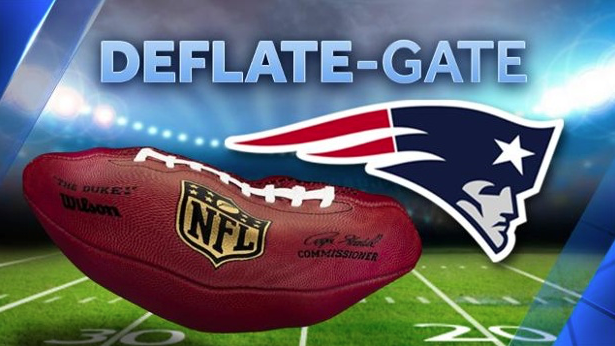 Watching this Deflategate saga unwind on every watercooler, barstool, and Facebook post has been enlightening. When the story first broke before the Super Bowl, I found it comical… I made the completely uninformed but no less impassioned argument that this was a stupid non-story manifested by sore losers intended to tarnish the legacy of the greatest sports hero of the modern age (can you tell I live in Boston?). And I said as much.

When initial reports indicated that the claims were likely wrong, I latched onto those headlines to further my argument. And when the Wells report recently came out concluding that Tom Brady did, in fact, most likely cheat, I found myself arguing the bias of the investigator and clinging to bull-$h!t technicalities to (more quietly) continue my assertion that Brady was telling the truth.

Why am I doing this? Is it because I know, deep down, that Brady is innocent? No! I have no idea what actually happened, how the barometric pressure on a cold day impacts the PSI of a football, how the calibration of a measuring device impacts its readings, or whether some guy who I’ll never meet did something in a bathroom for some other guy I’ll never meet about a topic I’ll never know anything about. So why am I, and millions of sports fans across New England, arguing so vehemently that Brady is innocent? Because I, like most people, hate being wrong!

Being wrong challenges my sense of self. It makes every sabotaging voice of self-doubt in the back of my head grab the mic and say “See, you aren’t smart, worthy, good, attractive, etc. And now you’re being found out!” Being wrong makes me feel exposed and vulnerable. Who wants to feel that? So instead, most of us avoid acknowledging when we’re wrong. Instead, we choose to feel angry at how dumb the other side is, or we choose to feel sorry for ourselves for being misunderstood, or we distract ourselves by claiming we’re just too busy to bother explaining our right-ness to people.

Imagine what we’re leaving on the table as a result of this habit. We could learn more, reduce interpersonal conflicts (I’ve witnessed 3 relationships suffer because of Deflategate arguments), and come up with new ideas if we weren’t reducing our arguments to choosing one side or the other, but instead abandoned the need to be right in favor of the need to co-create the best solution!

How can we make people more comfortable being wrong? Change what we validate. Right now, most of us spend our time in environments that validate us for being right, and judge us harshly for being wrong. What if we flipped that and validated people for openly acknowledging when they’re wrong? Oh the signal that would send!

How could HR leaders help our companies achieve such an environment? Here are some steps:

1) Find a mistake: Ideally you’d find a very public decision the company made, so that the topic is relevant for a lot of people. And try to avoid a highly-complicated decision. Don’t get caught up in the technical nuances.

2) Find a respected leader to publicly acknowledge the mistake: “Respected” is key – you want people who are otherwise hesitant to admit when they’re wrong to think “Hmm… if someone as impressive as her can admit to her mistakes, then I suppose it’s Okay if I admit my mistakes, too.”

3) Publicly debrief on lessons learned: Remember the whole point of admitting you’re wrong is to enable better learning and dialogue, so this step is key. Debrief this in a public forum so that everyone can see the leader acknowledging her mistakes.

4) Don’t make a big deal out of the mistake: No overly traumatic apologies or lying on the sword. You want this to come off as “No big deal – another day, another mistake that we can learn from. Everyone’s doing it.” If you make this a huge ordeal that the leader should feel ashamed of, it’s likely to discourage others from admitting mistakes.

5) Immediately implement learnings: It’s not enough to discuss lessons learned. You have to turn those lessons into positive changes for the company, and then celebrate those positive changes and remind people that they were enabled by the open acknowledgement of a mistake.

6) Validate the Leader: Here’s the counter-intuitive part—validate the Leader publicly for acknowledging the mistake and enabling the collective learning from it. Note: This is different from not punishing her. It’s a step further… actually thank her for acknowledging the mistake, and give her credit for the learnings and improvements enabled by Step 3 above.

7) Rinse and repeat: Do this once, it will get people’s attention for 10 minutes. Do this a half-dozen times a month, and it might start to shift the behaviors people display when no one is looking.

When I finally stopped spending my time dreaming up increasingly far-fetching arguments as to why Brady must be innocent, I finally started appreciating the learnings from Deflategate. For instance, maybe I shouldn’t publicly comment on something I have no way of understanding. And maybe I shouldn’t mistake someone’s athletic abilities for their strength of character. And maybe there’s a blog idea here about people’s reluctance to admit when they’re wrong that we could incorporate in a corporate setting…

Next time you have an opportunity to celebrate a mistake, consider taking that first step. Be that highly respected leader who volunteers to acknowledge his/her mistake. Start a movement. Change your company. Enable more learning. Then let me know how it went!