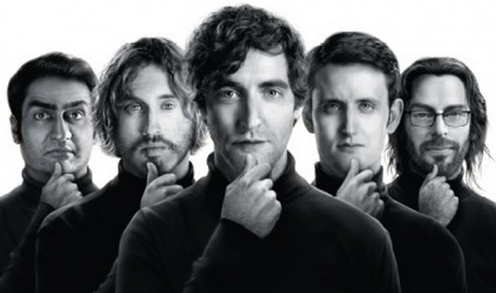 I absolutely love this time of year. The days are warmer, longer, and my work attire is once again accented with wedges instead of tights.

This time of the year also marks the return of some of my favorite HBO programming, including Mike Judge’s Silicon Valley,—a comedy partially inspired by Judge’s own experiences in engineering in the late 1980s.

Much like Judge’s Office Space (an FOT favorite), Silicon Valley draws on the comedic upside of working, and offers a satirical glimpse into the Northern California tech scene. If you missed Season 1, here are some of my favorite clips and takeaways to get you amped for the show’s springtime return (strong language warning):

In the first season of the show, Richard Hendricks, Pied Piper creator and the show’s anti-hero, is facing a challenge getting his compression product ready for TechCrunch Disrupt. While he has a talented team on his side, there’s a general lack of workplace communication, direction, and process flow, to ensure milestones are reached on time. In the clip below, Hendrick’s business manager suggests implementing the organizational system Scrum to create efficiencies and maximize the team’s productivity. Within 30 seconds of introducing Scrum, egos kick in, the competition kicks up, and the guys take a hard right towards reaching their dev goals.

Problem Solving Through Focus and Research

Venture capitalist and Pied Piper seed investor, Peter Gregory, is bombarded upon arriving to the office by one of his other ventures in desperate need of a $15M cash infusion to save their North Carolina plant and 173 people’s jobs. In what feels like a series of confusing riddles centered around Burger King, Gregory solves the company’s cash flow problem through deep thought, keen observation, and a little research.

Lesson learned?  Impactful problem-solving requires you to indulge your curiosities and expand your knowledge base.

We’ll Call You When We Want Pleated Khakis

After turning down $10M from his former employer for Pied Piper, Richard receives a surprise visit from Jared Dunn. Dunn, who still works for Hooli, drops by Pied Piper’s launch party to express his admiration in Richard for taking a risk and to offer his skillset to the compnay if applicable. Unlike the hoodie-clad “brogammers” currently on the Pied Piper team, Jared’s style airs more on the side of a GAP catalog and he’s quickly dismissed from the premises. After a series of business mishaps, Richard eventually calls upon Jared to round out the Pied Piper founding team.

Lesson learned?  The Piped Piper crew is skewed heavily on the engineering side and is lacking someone with solid business development skills to bring Richard’s idea to market. While great ideas can start with just a few, teams will eventually need balance and diversity to truly advance.

I can share great clips from this show for days, but it’s Friday, and you’ve already killed enough time. Have a great weekend, FOT Nation!