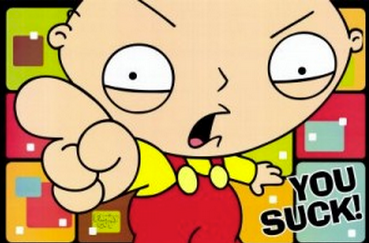 It’s May. Getting near halfway through the year.

Might be time for you to actually give some feedback to the people who work for you. Or, if you’re an HR pro, to encourage managers of people to give that feedback to the masses.

But we wait.  Because the people who most need the feedback don’t always take it well.

All the training in the world isn’t going to help the reality of performance feedback—it would be easy if it weren’t for those pesky employees asking questions, throwing up objections and generally being disagreeable.

And that’s one of the biggest rubs in doing performance management/mid-year feedback, isn’t it?

What do employees who most need your feedback do during performance sessions? If they’re quiet, the session is easy—if somewhat strange. If an employee is quiet, you probably haven’t encouraged them to participate enough or be honest with you.

Once you’ve made them comfortable, they’re going to tell you why they can’t give more performance to you, and the reasons will be unique to their personality and performance profile.

But some of the objections can be trended, all the way to the point where we can create personas that you should expect to see during your session. The key is to know the people you’re talking to, then have a general feel for what your approach is going to be as you walk into the session when you tell them how they are doing for the year.

Available starting approaches for you as a manager of people as you walk into a feedback session that’s going to be hostile/going to suck:

1. The Flame Thrower – In this approach, you go on the offensive quick since you’re dealing with someone who’s going to be pretty hostile back to you.  This approach is also used because you’re dealing with someone who’s going to try to bully you, because the only thing they’ll understand is brute force.  So, you hit them hard early and put the pieces together late.  Best used with highly assertive, low-sensitivity employees.

2. The Fraiser Crane – You remember the spin off from Cheers, right?  The tagline he used on his radio show based on personal therapy was, “I’m listening,” so it stands to reason that’s your approach early with the people who need some therapy before you can get to how they’re going to improve.  Best used with low-assertive, high sensitivity types.

3. The Jester – Some people are wired to love the stage banter, so give these people what they want: lots of small talk about company topics interesting to them. You’re basically warming them up to be comfortable, then you’re going to transition and have better conversation post-warm up. What do you talk about? Any thing that they have opinions on and build momentum for you to agree, because it’s going to be hard for them to come after you after that momentum is built. Best used with employees who are extroverted and high on the people scale.  Let them talk, and then try to keep them talking/reacting once you go into feedback mode.

The best stage banter to model yourself after? Paul Stanley from KISS of course (email subscribers click through for video):

4. The Stat Geek – Numbers never lie, and if you’re fortunate to have numbers to back up the performance issues you see, you lead with the digits to a certain subsection of your feedback sessions. Be sure to have numbers that clearly define INDIVIDUAL performance with this group and you’ll be set.  Best used with employees that have high cognitive scores and are low on the team scale (which means you can best ask for more performance by presenting them with a individual scoreboard).

Bottom line: Your intro to the mid-year check-in you’re planning matters.  It’s about who they are, not who you are.  Play offense early in your session with each employee and you’ll have the best shot at success with minimal blowback why you get to what’s real.