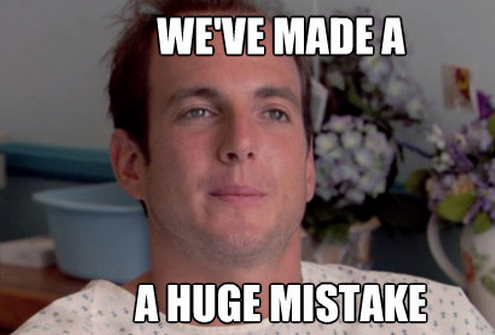 Lots of buzzwords out there in the new, fast, bold, dynamic, disruptive world of human resources. The one buzzword that’s been around for many years?

As in, “I need to get me some A-players for my B-company so we can turn this horrible organization around and pay our C-Suite more money.”

They have the potential to solve all of your problems and make your company a lot of money. But we’re in a war for talent, and A-players don’t work for B-companies. Let’s not forget that most HR departments don’t know the difference between an A-player and an A-hole.

Believe it or not, there’s some science behind the buzzword. A-players have been researched, measured and defined. There’s a book out there called Topgrading (How To Hire, Coach and Keep A Players).

I read the book a million years ago when I had a job and was compelled to read HR books. I remember that most companies only have about 25% of their jobs filled with A-players, which felt right to me. A world doesn’t exist where everybody is awesome and trustworthy and communicates fluently in the languages of both business and emotion.

However, Topgrading argues that there are companies out there who use their hiring systems and have 90%+ A-players, which is why many sales teams adopt the methodology. As the old saying goes:

As you all know first prize is a Cadillac El Dorado. Anyone wanna see second prize? Second prize is a set of steak knives. Third prize is you’re fired. Get the picture? You laughing now?

If you don’t like Topgrading, that’s fine. It’s a little old school at times.

You could just marry your talent-management data with your hyper-focused financial information to determine the net income earned per specific employee. See who’s doing what. That might work. But HR professionals should do something. Right now, we call someone an A-player because we like her and the label was applied early enough in her career that it stuck with her.

And don’t even get me started about managers. Every supervisor wants an A-player on his team. Talent acquisition folks should ask, “You think you got what it takes to manage this A-player?”

Why recruit someone who won’t stick around?

And if you are a human resources leader who works with a CEO who thinks he has a good line of sight into his business—and pretends to understand A-players—feel free to ask him to apply the same rigorous methods of “data” and “analysis” to his gut as he does to your HR budget.

The conversation will look different, I promise you.

And from where I sit, which is on my throne of HR judgment, nobody knows the difference between an A-player and an A-hole. And that’s a shame because there are a lot of A-holes making decisions out there. Particularly in human resources.