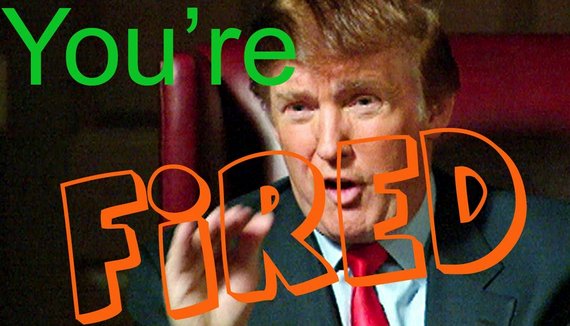 Have I mentioned before that I love politics?  Well… I do!  I love the argument!  I love the drama!  I love the insults!  I follow all of it, and I love to dissect every little piece of info that comes around.

But, lately, I’m annoyed.  I’m annoyed at this talking hairpiece named Donald Trump.  What, exactly, annoys me?  Simple… I am annoyed that he is given any ounce of publicity in this bogus run for the presidency.  I mentioned I love politics.  I also take it seriously.

Right now, the Republican party has more potential presidential candidates than Tom Cruise has ex-wives.  I can’t keep up.  Apparently, the governor of Ohio just jumped into the race.  But, I missed it because all the news wanted to tell me was that Donald Trump gave out Lindsay Graham’s personal cell phone number.  Much more chucklesome than that, however, was Graham’s response (although, I can totally see his aides saying, “Try to look cool, Senator.  No…not that like.  You know…cool.”).

Donald Trump has been famous for a long time.  He’s been famous for being rich and he’s been infamous for screwing up.  Unless someone was talking about one of his ex-wives, his name didn’t come up much.  That is, until the Apprentice.  You remember the Apprentice, right?  It’s that show Trump was on until NBC canned him for saying Mexico only sends drugs and rapists to the US?

You probably remember… the schtick of the Apprentice was that Trump would put people (if you can call D-list celebrities people) through a series of challenges while “firing” all of them until only one remained.

I think it’s time to fire Trump from this debacle that is the GOP campaign season.  I’ll just pretend the presidential primary is my company!

You’re fired for being a racist.

You’re fired because you’re past failures prove you’re not capable to do this job.

You’re fired for taking credit for things that have nothing to do with you.

You’re fired because you’re all talk with no results.

You’re fired because you annoy me.

You’re fired for a ton of reasons.

But, most of all, you’re fired because you make us look bad.  No publicly traded company, nor any Democratic Republic, would stand around while their leader belittled women, insulted our best and brightest, and did it all while sticking his middle finger at those that disagree.