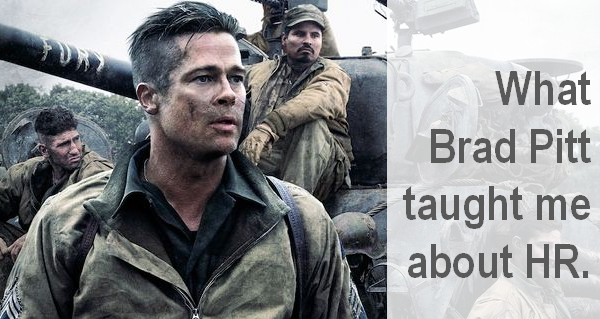 Sometimes people surprise you. It happened to me this past weekend.

I was lounging around looking for a movie to fill up a couple of hours and “Fury”—the WWII tank war movie was on HBO or Showtime or some such channel. I’d seen it before, and it was okay. Okay enough for me to not change the channel and continue to watch. I will say this—if that depiction of WWII is within 50% of the truth, that was one messed up time. I’m happy I didn’t have to deal with it and am unbelievably thankful to those that did their duty and made the sacrifice for me and mine. But this isn’t a veteran’s thank-you post.

But why was I surprised, you ask? Well… in the movie Brad Pitt’s character—Don “Wardaddy” Collier—says:

“Ideals are peaceful. History is violent.”

I’m a sucker for a good quote, and that one had all the criteria nailed. Short, sweet, deep and it rolled off the tongue. I thought it had to be from Oscar Wilde or Mark Twain or Benjamin Disraeli—all the kings of commentary right? Not a chance. After a lot of googling, I found that—wait for it—it was an ad lib from Mr. Pitt. 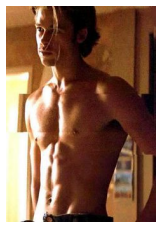 Yeah – I know, right? Brad Pitt. Mr Abs in Thelma & Louise. Heartthrob to millions. (I’ll get crap for this but if he was ever the SHRM National keynote they just might get over the 20K attendees.)

But that quote is more than a history lesson. It is a lesson in the difference between talking about doing something and doing something. In HR, there is a lot of talk about mission and values and culture. Lots. Of. Talk.

And that is very easy. Very peaceful.

Implementing missions and values and culture is violent. It is full of people who don’t want change and also people who want change NOW! It is full of dissenting opinions and people who just don’t understand it. It is full of sacrifices. Just ask Tony Hsieh and his 14% turnover at zappos (drink!) when he gave his staff an ultimatum relating to holocracy. Right or wrong on that deal—he knew change was violent. He made the call and pulled the trigger.

I don’t think we put enough thought into the next step once the “ideal” of culture, mission and values has been discussed and displayed on mahogany walls. That is the peaceful part of the culture change process.

We need to really focus more time and attention to the next stage. The violent stage. The hard stage where the ideals become the actions. Where the mission becomes manifest.

HR is on the front lines. And sometimes it makes sense to take HR advice from Brad Pitt.