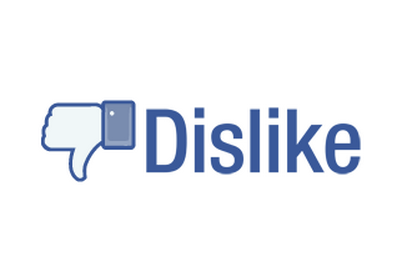 The National Basketball Association’s player free agency period opened on July 1st, (this is the first day that players with expired contracts can enter into new contract negotiations with the league’s clubs for the new season), and as usual, the period has been a frenzy of recruiting activity… interviews, second interviews, offers, acceptances, and what I want to write about today—offers declined.

One of the more interesting elements of this free agent recruiting cycle has been the relative inability of two of the NBA’s most storied and high-profile teams, the Los Angeles Lakers and the New York Knicks, to “land” any of the most sought-after and talented free-agent players who were on the market. Whether it was the top free agent, LaMarcus Aldridge, or even a lesser but still desirable player like Greg Monroe—both the Lakers and Knicks were pretty thoroughly rebuffed by top players who had other options with clubs competing for their talents.

Candidate offers that are declined can be a pretty revealing barometer for the current state of not only your organization’s recruiting capability, but also the overall perception that the talent market has for your near-term business prospects. Remember most candidates—at least ones with some options—are not thinking about what they can do for you, but rather how working for you can help them.

So why did Aldridge and Monroe rebuff the Lakers and Knicks to sign with other teams, and what can we all take from that? Three possible reasons:

1. You didn’t focus on what the candidate was most interested in. In the case of the Lakers’ attempts to recruit Aldridge, the team spent most of the initial interview (and be reminded these are not “interviews” in the traditional sense but rather presentations by the team directed at the free agent to try and impress him) on the off-the-court opportunities in entertainment and media that playing in the Los Angeles market would afford the player. While that might be true, Aldridge was more interesting in how the actual basketball team would use his talents, what the team’s plans for improving were, and how he would fit in to those plans. There was a disconnect that left Aldridge wondering if the team really knew where their priorities were.

Lesson for the rest of us: You have to get to know the real motivations and drivers for top candidates and speak to them directly and not try to convince them that ‘other’ things are more important.

2. Your past seems brighter than your future. This was true for both the Lakers and the Knicks this free agency period. Both teams have had success in the past, but recently have dropped to the bottom of the league standings. But both teams still cling to their past glory like it remains an asset that candidates should value highly. And the truth is that the modern players simply don’t care as much about the history as the Baby Boomer guys who run these teams think that they should.

Bottom line for any company in any industry: Where you are going in the next 5 years is way more important than where you have been in the last 20 or 30 or 50 , particularly to candidates that have options. Embrace the past sure, but talk about the future.

3. You don’t understand how the competitive environment has changed. In the past, most star basketball players—if given the option—would have preferred to play in large market “glamour” cities like Los Angeles or New York. They were simply more exciting, more appealing, and did, in the past, offer more non-basketball opportunities in media or for commercial endorsements. In 2015, in the world of social media and the ability for star athletes to create and build their own brands just about anywhere, the competitive advantage LA or NY once had has been severely diminished. So a Greg Monroe can sign with a small market team like Milwaukee and not think twice about what he might be missing. The Lakers and Knicks have been slow to adapt to these new market realities and continue to act like it is 1988, and a player would have to be nuts to pick Milwaukee over LA or NY.

Big companies forget and underestimate all the time that small and startup companies can be just as attractive options, if not more so, to sought-after talent.

When someone you are after tells you no, it is almost as telling as when you get that acceptance. Not all rejections are bad of course, you probably should have some as it indicates you are at least attempting to punch above your weight so to speak. But when candidate rejections begin to add up, and start to impact your ability to execute, then it is time to do something about it and that something might just be to forget who you once were and focus on where you are going next.