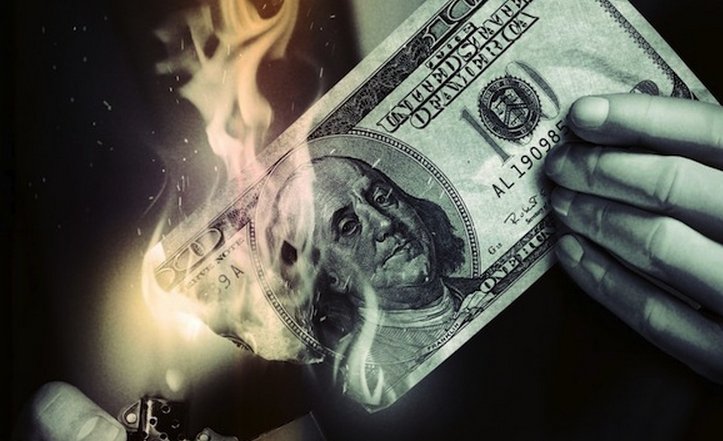 When I finished my undergrad, I wanted to be a college professor. Summers off, four or five classes to teach, the opportunity to do research, no high school punks to deal with—it seemed perfect for me. So, I entered grad school and taught two classes on my own while taking my classes.

I loved teaching, but hated being a teacher.

I worked my butt off and created a pretty engaging experience for students. I wasn’t Robin Williams in Dead Poets Society, but I worked hard at being good. It’s hard work to do it right. God bless the teachers.

The guy in the office next to me? Professor Krusty over there was reading the same lecture notes from 1984.

And he and I were gonna get the exact same raise the next year. What a mess.  No matter how good I was, or how unbelievably bad he was, we were treated the same on a preordained salary schedule.  And that’s stupid.

In April, when Gravity Payments announced that the CEO, Dan Price, was giving up part of his salary to get everyone in his company to a 70k wage, people clapped. It sounded great. Pay people more. Fabulous.

Now? Not so much. The NY Times has a great follow-up piece on what has happened since the announcement.

Two of Mr. Price’s most valued employees quit, spurred in part by their view that it was unfair to double the pay of some new hires while the longest-serving staff members got small or no raises. Some friends and associates in Seattle’s close-knit entrepreneurial network were also piqued that Mr. Price’s action made them look stingy in front of their own employees.

(Former Financial Manager Maisey McMaster said)… “He gave raises to people who have the least skills and are the least equipped to do the job, and the ones who were taking on the most didn’t get much of a bump,” she said. To her, a fairer proposal would have been to give smaller increases with the opportunity to earn a future raise with more experience.

A couple of days after the announcement, she decided to talk to Mr. Price. “He treated me as if I was being selfish and only thinking about myself,” she said. “That really hurt me. I was talking about not only me, but about everyone in my position.” Already approaching burnout from the relentless pace, she decided to quit.

The new pay scale also helped push Grant Moran, 29, Gravity’s web developer, to leave. “I had a lot of mixed emotions,” he said. His own salary was bumped up to $50,000 from $41,000 (the first stage of the raise), but the policy was nevertheless disconcerting. “Now the people who were just clocking in and out were making the same as me,” he complained. “It shackles high performers to less motivated team members.”

That last quote is money. People make more when they demonstrate more value, either to the market or to the employer. It doesn’t make much sense to just announce one day that people are going to get 30k raises. The market should set that. Now, Gravity Payments is getting a bunch of applications and resumes from yahoos all over the world who think they are worth 70k. They’re not. It appears to be a misguided venture that has cost time and resources.