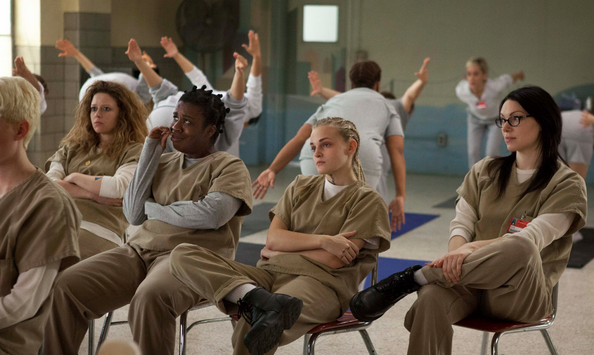 I’m a big fan of the prison series on Netflix, Orange is the New Black.  I didn’t think I would like it when multiple people told me I had to watch it, but I’ve been sucked in! I love how they let you begin to like or dislike a character before they reveal their true crimes, many times changing your whole belief on an individual.

In the prison system, we pass out sentences based on crimes the person has done—much like we offer jobs based on the skills and experiences you’ve had in your career. But, what if we were to just change all of that and start passing out sentences in prison based on your potential to commit your next crime?

I mean many people in prison probably made one giant mistake, and probably would never, ever make that mistake again, but we keep them in prison for a long time, turning them into a worse criminal than what they really ever were. Some new science is saying we probably have this all backwards:

“Pennsylvania is on the verge of becoming one of the first states in the country to base criminal sentences not only on what crimes people have been convicted of, but also on whether they are deemed likely to commit additional crimes. As early as next year, judges there could receive statistically derived tools known as risk assessments to help them decide how much prison time—if any—to assign.

Risk assessments have existed in various forms for a century, but over the past two decades, they have spread through the American justice system, driven by advances in social science. The tools try to predict recidivism—repeat offending or breaking the rules of probation or parole—using statistical probabilities based on factors such as age, employment history and prior criminal record.”

Sports is probably the best example we have at selection/hiring based on potential versus actual performance. In almost every team sport they have to combine both models. Hire for proven performance, and hire for potential of expected future performance.

Organizations and corporations do a little bit of this with entry-level hires, but for the most part we mostly only hire for proven performance.  To go beyond this type of hiring, we (HR and Talent Pros) would have to really get into the assessment science of potential and predictive analytics around how someone would perform based on what science is telling us, not based on what their resume said they have previously done.

Like setting prison terms based on potential of future crimes, HR and Talent Pros are not comfortable with the science, yet, to lead us to believe we would be making the best hires for our organizations. We’ve been drilled for decades with the phrase “past performance predicts future performance.” Which is somewhat of a statistical lie!

Just because someone was a great accountant for General Motors doesn’t mean they will be a great accountant for the Mayo Clinic. But we believe it to be true because of our training with behavioral interviewing. We want to believe that someone committing a crime and spending time in prison will correct that behavior, but we now know that really isn’t the case. Our reality is we could use predictive analytics to more closely show us which criminals are likely to commit another crime, and statistically how serious. But that’s takes away free will and choice!

What science is now showing us is that we can select better based on predictive science if you’re willing to believe in the data. We just have to give up this notion that our “choice” is better than the choice science would make.

FOT Note:  Be on the lookout for latest episode of Weird Science, the FOT video series also sponsored by HireVue, later this month.