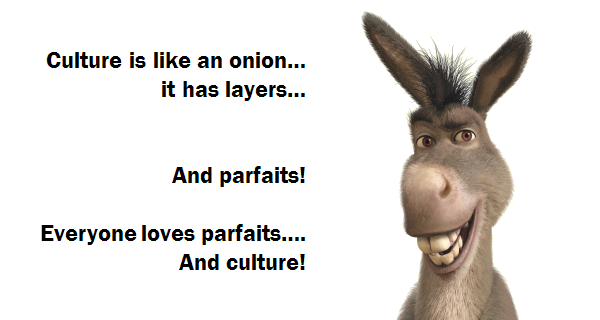 There was a show on TV in the early 70s about roomates—one was neat and one was sloppy. It bore NO resemblance to the cluster that ran in 2015 called the Odd Couple. In this show they had funny characters who didn’t leave each episode full of scenery after 30 minutes of overacting and forced “humor.” Below is a video from that original show I remember being told about. (I was much too young to have seen this in person). This clip sets the stage for this post.

Assumptions get you every time.

Even when talking about your company culture.

I didn’t get to SHRM national this year. Normally I’d be on the blogsquad for SHRM, but I couldn’t make it work. So following the wonderful back-channel on twitter was my cheap substitute. I digested the conference 140 characters at a time. It was interesting to see the various tweets and weird non-sequiturs pop up in my feed each day. Really good stuff.

One presentation though got a ton of chatter on the back-channel: It was the presentation done by Steve Browne. The one comment on the social channel that stood out was this statement: (and forgive me, I’m going solely from memory on this one): “Mantra of Assumed Culture – They should just get it.”

That really slapped me across the face because I’ve heard it many times before. It’s usually uttered by a veteran of the company about the newbies. I’ve also heard it from a “home office” employee about those in the “field.” I’ve had a few HR folks say the same thing from time to time.

It’s natural. I understand it. When you’re close to something day after day it becomes second nature. If you’re in HR and your job is “culture” you are immersed in it. It is second nature to you. You get it. And so should everyone else. You can fall into the trap—as the comment from Steve Browne’s talk said—of assuming everyone knows what you know.

Waring: If you assume everyone “knows” the culture you are making and ASS out of U and ME.

But here’s the rub. There is no “assumed” culture. Culture is specific. Culture is intentional. Culture is what you do, say, reward and punish. Culture is an verb, not a noun. The minute you think everyone “gets it” is when it starts to fade. Steve Browne put it this way:

“If you don’t give clarity, people will fill in the spaces anyway. (And with a lot more creativity than you’d think) @sbrownehr#SHRM15”

In the absence of facts and information they will substitute the next closest thing based on their most recent experience, their most recent company, their family, you name it. Employees will find a way to fill the void with whatever makes things more certain. Bad or good.

And your company will be worse for it. Because instead of a solid culture story and foundation you will end up with 100s of assumed cultures. And if you think herding cats is tough just try to corral 100s of stories and “truths” that your employees have decided is your culture. Ask any PR expert. That is not easy work.

So don’t assume your culture is obvious to all your employees. Make it active, make it intentional, make is visible.

Don’t take my word for it. Take Felix Unger’s.

Make culture a verb in your company.