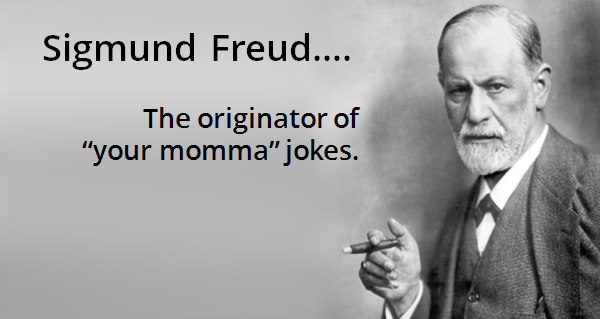 We’re going to a weird place today. And I know this is a simplistic analysis but go with it… it’ll be fun!

Freud (Sigmund, the psychiatry guy, not the guys with tigers in Vegas. If you watch Big Brother you’ll get that – h/t to Liz and Julia – watch – you’ll LOL yourself) suggested that an individual’s personality was driven by the interaction of three forces. Those forces being the ID, the Ego and the Super-Ego. The ID is selfish and simply wants to be satisfied. This is the “FEED ME” part of the brain. The EGO is the rules engine. Its main concern is with your safety and allows some of the ID’s desires to be expressed, but only when consequences of these actions don’t get you in trouble. It mediates our passion and keeps us from simply acting without rational evaluation. The Super-Ego (I really like the German version of this: Über-Ich) works in opposition to the ID striving to act in a socially appropriate manner. The Super-Ego controls our sense of right and wrong and guilt. It helps us fit into society by getting us to act in socially acceptable ways.

Freud believed it was the ongoing interplay of these three forces that ultimately drives our behavior. Many feel Freud was a bit of a whackadoo and liked his cigars just a little too much, but I think the theory does provide a scaffold for our discussion here relating to HR and a company’s “way of doing business.” I said we’d be going a bit rogue here…

It occurred to me that like an individual who is constantly making decisions involving the interaction of the three forces of the psyche, companies might also be fighting those same internal battles. I started to try to identify the three structural components of “corporate Freudian psychology”…

ID – the need to make a profit.

Profits are like food, sleep, and sex for a company. Profits allow all other functions to occur. Without profits, companies die. Like humans, without the bare necessities – the things our ID demands of us – we die.

The Ego is what keeps some of our company executives out of jail (that, and huge campaign contributions). It helps a company regulate the ID. The EGO of a company looks at the process of making profit and tames it.

Super-EGO – the conscience of a company.

I realize this is pie in the sky but the application sort of works. My problem was trying to find where the three areas of the “brain” resided in a corporation. Who is the ID, the EGO, the Super-Ego.

ID = Finance? They exist to find a way to turn the smallest investment into the largest profit. They use math and numbers and ROI to explain their point of view. And math has no conscience. Math is blind to anything other than the calculation. Without any mediating influences, Finance would probably do away with moon pies and free soda.

Ego = Legal? Everything a company does at a minimum is run through legal. Most companies can choose toilet paper without at least a few minutes of the legal department’s time to make sure it isn’t made from some Amazonian tree on the endangered list.

Super-Ego = Human Resources? I was going to say “management,” but I believe that HR’s fundamental responsibility is to create caring, smart, effective human managers. The managers then, in turn, pass that onto the staff. Therefore, the overall seat of humanity in an organization is HR. HR has to make sure that profits don’t come before people, and also make sure that just because a company has the legal right to do something, it isn’t always the right thing to do.

I think this idea works…

Companies with too strong an ID will end up doing whatever it takes to make money – the hell with the rules, investors, employees, the law. Can you say Enron?

Companies with too strong a Ego will miss out on opportunities and pivot when a market changes because they can’t take the appropriate risks. Can you say Polaroid?

Companies with too strong a Super-Ego will end up going out of business because they ignore their own needs in order to try to be all things to all people. Can you say Gravity Payments?

Kind of makes sense, no?

What do you think?

Should a company look at itself through a lens like this? Is there a time when a company should be a bit more Ego driven vs. ID driven? Is it really a matter of juggling all the balls?

Is anyone doing this well? Anyone but Apple – we all know they are perfect and they have more cash than all the gold in Fort Knox. That much cash gives you a decided advantage in the Super-Ego wars I’m guessing.

What do you think? Interesting? Stupid? Useful frame of reference?

Don’t tell me… My ego probably won’t be able to take it.