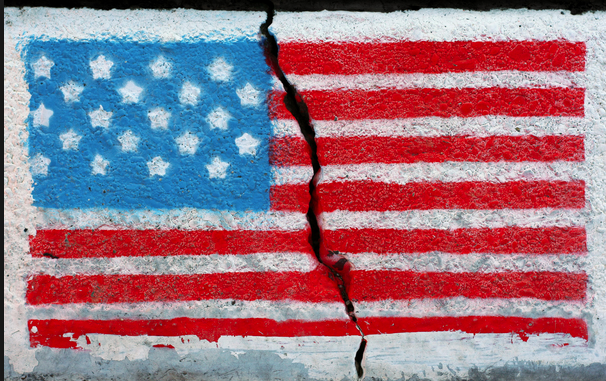 I was a John Edwards fan back in the day when he got fancy haircuts but wasn’t known for cheating on his wife during her cancer treatments.

Edwards believed that economic stratification was the biggest issue facing America. Back when he was John Kerry’s running mate, he made a speech called ‘the two Americas speech‘ and expressed his points of view on economic inequality in our country.

“…we still live in a country where there are two different Americas… one, for all of those people who have lived the American dream and don’t have to worry, and another for most Americans, everybody else who struggles to make ends meet every single day. It doesn’t have to be that way…”

It’s as true today as it was in 2004, although people who do not often struggle will lump themselves in the “struggling” category because they operate out of a hermeneutic of fear.

“We shouldn’t have two public school systems in this country: one for the most affluent communities, and one for everybody else. None of us believes that the quality of a child’s education should be controlled by where they live or the affluence of the community they live in. It doesn’t have to be that way. We can build one school system that works for all our kids, gives them a chance to do what they’re capable of doing…”

Lots of HR people believe contradictory things about education. First of all, some human resources pros believe in school choice for their kids. That choice is often between a dumpy school and a faith-based charter school with an unreasonable and unreliable curriculum. And the choice of where I spend my local tax dollars to educate their stupid kids isn’t even part of the equation.

Or they believe that, no matter where you grow up, you can pull yourself up by your bootstraps. We have enough HR data to know that people from the wealthiest zip codes and with the best educations are the leaders of our companies, but we ignore data when it doesn’t align with our emotional American narrative.

“…I believe that we shouldn’t have two different economies in America: one for people who are set for life… they know their kids, and their grandkids are going to be just fine, and then one for most Americans, people who live paycheck to paycheck…”

I think human resources professionals believe this, too, but we cap wage increases and don’t remedy the explosion of executive compensation. Maybe we are helpless and disempowered. Maybe we don’t know how to fight for truth and justice, which benefits all segments of our workforce. Maybe we can’t fix economic inequality, and we know it.

I could quote this speech at length, but many HR professionals want me to stop right now because I seem to be engaging in class warfare.

And as the 2016 primaries heat up, I hope you pay attention to the real issues. Think about how you can solve problems at the local level—as an empowered HR leader—and not leave your future up to a group of men and women who aren’t looking out for you.