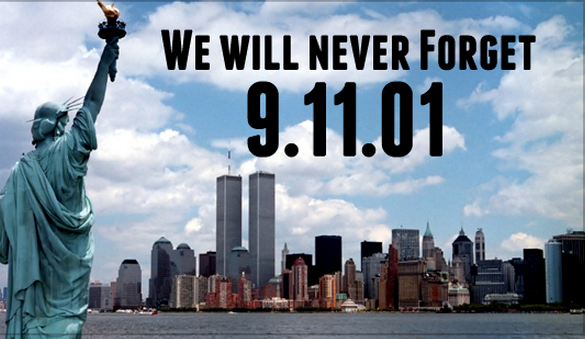 Everyone remembers where they were fourteen years ago today. I remember and I reflect on a decision I made that could have altered my career.

September 11, 2001.  I was working in HR at a high-tech startup with a significant presence in New York. Prior to that role I worked for Morgan Stanley and had friends still there.

I was at the YMCA working out, a morning like most. I was finishing up when the first plane hit and suddenly we were all fixated on the TV. Then the second. I scrambled to get to the showers and quickly on my phone. I spoke to my husband, my boss and I made two calls to friends at Morgan Stanley to make sure they were okay as I drove to my office in downtown Houston.

I also spoke to the executive recruiter who called me about my scheduled interview that day with a CEO of another start-up.

I told him just to let me know when the CEO wanted to reschedule, and he said to me, “He doesn’t.”

He doesn’t?!! Does he understand what’s going on at the moment?

The executive recruiter went on to say the CEO realized I may not want to meet at his office, which housed a Middle Eastern consulate, so I could come to his home.

At this point things got blurry and I said, “No, no. I will not go to his home. Let me get to my office and take care of our employees, then I’ll call you back.”

Hours later after sending everyone home and ensuring our New York employees and their families were safe, I got ready to leave. Remembering my promise, I called the recruiter back and said I really thought it would be best to reschedule.

He proceeded to tell me the CEO was leaving the country in the next few days (little did he know at the time… ) and he really wanted to have this final interview today at 2pm at a local restaurant.

I went. Much to the disbelief of my husband who just wanted me home, I went. I sat across a table in a deserted restaurant at 2pm on September 11th, 2001, and somehow had a conversation about my abilities and desires to work at the CEO’s organization.

I remember none of it.

I went home, sat on the couch in the arms of my husband and watched the world as I knew it unfold into something unexplainable, ugly and incredibly sad.

A few weeks later I accepted the job offer. While I had reservations about the CEO’s judgement, the rest of the executive team and the organization itself were extremely exciting to me.

Fast forward eight months. I was writing my own severance package and shutting down the company as we’d run out of money.

As HR professionals we are asked for and give a lot of advice: about interviewing, offers, culture, leadership, talent. When asked about this phase of my career, there are many lessons to share and the most important one is to always put family and loved ones first.

While I don’t regret the eight months I spent at that organization, I do wish I’d gone home to my family and let my head clear. Perhaps I would not have interviewed and therefore not had the chance at the job? Perhaps I would have asked more questions when I finally did get in front of the CEO that would have led me to withdraw from consideration.

As we remember where we were on that not-so-distant September day, remember to be kind and to thank those past, current and future patriots who protect us and always… always put family first.