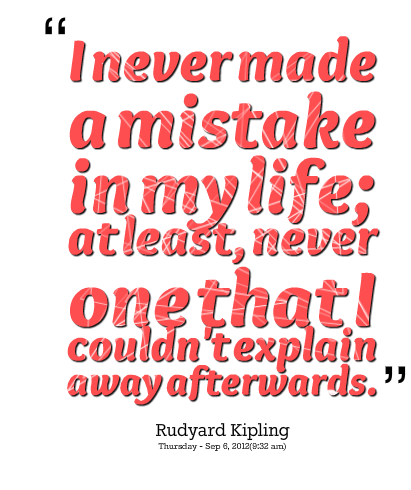 Ouch, babe. You just dropped the ball big time—screwed the pooch, took the gas, spit the bit… basically made the kind of mistake you absolutely cannot afford to make.

To make matters worse, this didn’t occur in a vacuum. Your client group(s) and peers are all aware of your mistake. You feel terrible about it, disappointed in yourself, and would prefer to crawl under your desk for a few days and let it fly by, but that option is not extended to you. It feels horrible… but is it really all that bad?

If this doesn’t speak to you at all, you’re not trying hard enough.

But, make a few mistakes, and you begin to figure out a few things:

Because of these two certainties, it behooves us all to have a few guidelines in place for the inevitable return of the dog days. Here, my friends, is my personal checklist:

Granted, some mistakes will be due to carelessness, oversight, or similarly mindless actions… welcome to the joy of humanity. The lesson is still important. Learn to be accountable, be human, and to show mettle—put some starch in your drawers and stand tall, Bub. Allow yourself to be human, occasionally fail, and be better for it.

Just don’t do it again.