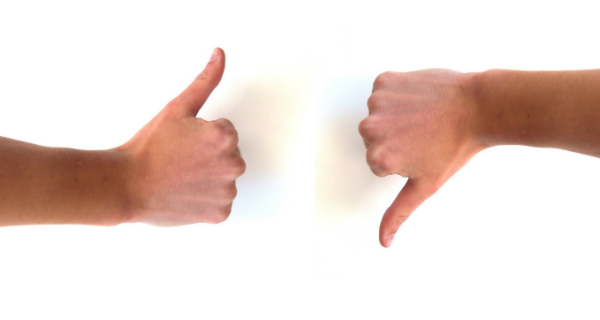 The movie The Usual Suspects had a great line in it…

“The greatest trick the Devil ever pulled was convincing the world he didn’t exist.”

Very few business processes other than the time sheet have been derided as much as the performance review. They are required, yet hated, by both giver and receiver. Yet they remain. Steadfast. Strong. Ignoring our efforts to banish them to past.

But there may be light at the end of the tunnel (Or is that the headlight of an oncoming train?).

Some new-agey companies are professing to do away with them (FYI: They aren’t. They just shortened them, scheduled them at shorter intervals and renamed them. A rose by any other name… wink, wink.). Basically, people are doing everything in their power to remove the stain of performance reviews from their companies management processes. And for good reason: Data is showing much of the time they have little effect on the individual or the company’s performance.

So what to do? Here’s an interesting concept I bumped into: How about a personal NPS?

The Net Promoter Score (NPS) is a measure created by the father of “loyalty” Fred Reichheld to assess the degree to which a customer would recommend the company/product to another person. Basically it asks, “How likely are you to recommend brand x to a friend or colleague?”. Then you subtract those that say “no” from those that say “yes” and that, in a nutshell, is your NPS. There are lovers and haters of the process. Some feel that the question doesn’t really measure action since it’s simply a “would you” response vs. a “did you” response. We all know we have good intentions. Responding in the positive has no consequences so it may overstate positive responses (FYI – my opinion).

But here’s the $640,000 question (adjusted for inflation): What if you applied that thinking to your own personal performance at work? What if you asked everyone you worked with on a regular basis if they would work with you again in the future. And what if you did it in a way that was anonymous?

Well Jacopo Romei did just that.

NPS for The Individual

Jacopo Romei posted on his site a longish article about the process he went through to create and use a personal NPS for his work as a software engineer. I urge you to read the entire post. The concept fascinates me.

I created a Google Form with the very basic question:

How likely are you to recommend me as a person to work with?

And I started sending the link to the form every month to all the people who I had had the chance to work with during the previous month, no matter the role, no matter the task. The people contributing with their answers were asked no name, no further data, no further details. They could sharply assess my value contribution with a very short question, while protected by anonymity.

At first it was only the bare minimal question but very soon I added an optional second question only asked in case the main rating was below 7. This question was expressed more or less this way:

What could I do differently to bring your answer to 10?

My aim was to play a perfection game upon myself. Being focused on my “customers and users’” feedback, I decided to shape my improvement as an employee around the feedback coming from my colleagues.

The company/brand NPS may be less than exact due to the customer not really having skin in the game—meaning, if they say they would recommend, nothing happens to them… no consequences. Responding that you would work with someone in the positive has consequences—you could work with them again. If anything, the personal NPS might skew a bit to the negative because even if the person was great at their job, you may just not like them and be willing to work with a lesser-skilled employee to just be with someone else.

I don’t see this as a simplified 360 because it doesn’t get into all the detail of the traditional 360; it simply asks if you would work with that person. Do we need to get into more detail than that? Also, the 360 is laborious for the person filling it out and for the person reading them. Who really puts any effort into them at all? Also, 360s are sent to far less people (because of their detail) than a simple one question survey could be. The way Jacopo did it? He sent it to EVERYONE he worked with. Many more data points than a 360.

The personal NPS seems to have some real interesting applications.

From a manager standpoint I could easily see who was a team player and who wasn’t. I could see who was kissing my butt and being all nicey-nicey to my face but a real a**hole to the team. And in a business climate where teamwork is becoming the normal work structure, wouldn’t knowing who is working well with others (man that almost sounds like my 2nd grade report card—“plays well with others”) be of benefit?

And from an individual standpoint it could be eye-opening to see how others perceive me without the filter from my boss. And I might actually believe the review if it was backed up with 10 or 15 anonymous beat downs from my coworkers. If I have a negative NPS maybe I might adjust my behavior instead of simply believing my boss hates me because I’m smarter than her.

What I really like is the reference to the human-ness of the process. From his post again:

It is amazing how raising the stakes about yourself and showing that you are playing with your skin in the game makes everyone more respectful and explicitly aware of your presence in the same company. That made me feel good for sure, relying on a network of ongoing real human relationships, instead of being just a set of numbers in a goal grid. Even my boss, who would have later expressed doubts about the value of our collaboration, had to score this as a point on my side.

So what do you think? Is a personal NPS the next wave of performance reviews? Should it be used in conjunction with normal reviews?