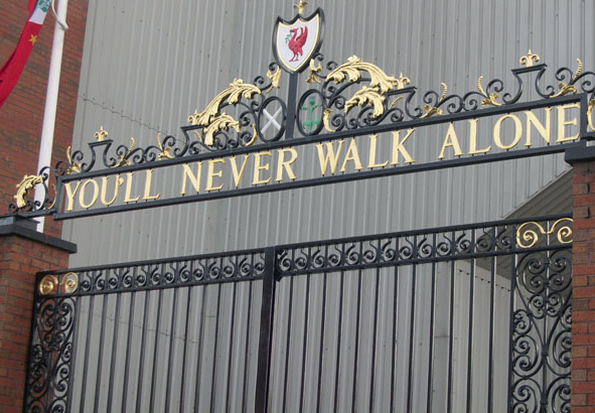 In the debate on the relative importance of company culture as a contributor to an organization’s success (or failure), I have mostly come down on the side that culture is far, far overrated as a driver or performance. I have argued (and presented a few times), that more prosaic and definable elements like “strategy” and “talent” are, if not more important than culture in the long run, at least equally as important.

But in the interest of keeping an open mind about these things, and perhaps tossing a crumb to the “culture eats strategy for breakfast” cult, I wanted to share some of the most compelling and convincing arguments on the importance of organizational culture that I have come across in quite some time. And since I only pay attention to about three things (mostly), besides HR and HR Tech, (NBA basketball, English Premier League soccer, and barbecue), this example comes from one of those—specifically a great piece by Brian Phillps at Grantland about my favorite soccer team, Liverpool, and the recent sacking of their manager.

A little bit of backstory on this: Liverpool has long been one of England’s most successful and storied clubs, that has not been quite as storied and successful in the last decade or so. They are still highly relevant and have millions of supporters but are not at the very top of the English league anymore, and have not been very competitive against top European sides of late. A decent corporate comparison might be IBM or Microsoft. You know them, you may use their products a lot, they still make scads of revenue, but they are not exactly pushing out the most innovative stuff.

Part of the problem with Liverpool that Phillips points out in the piece is one of culture. Liverpool has just hired a new manager, Juergen Klopp, and Phillips (rightly) speculates whether or not Klopp will be a cultural fit and, in his reasoning, cites a few examples of some other famous soccer clubs and managers. Take a read of the (longish) excerpt, and then a couple of quick comments from me.

What I’m getting at here is that it’s hard to say at the moment whether Liverpool is extremely ready for Klopp or completely unprepared for him. It’s an open question, I guess, to what extent culture affects outcomes in soccer. There are smart people who’d argue that the game is only about tactical math and that the fit between a manager’s personality and an organization’s tone is irrelevant; tell me how Klopp is going to space his attacking midfielders, and I’ll read you your fortune. I’m not sure I buy that, though, if only because winning clubs so often suggest an integrated sense of priorities. From the top down, Wenger’s Arsenal means something. Guardiola’s Barcelona meant something. Ferguson’s Manchester United meant something. Even Mourinho’s Chelsea meant something, at least right up until the point when it went shrieking off the cliff of reason.

These clubs didn’t and don’t mean the same thing. But then, they never had to. What matters is just for the players, the staff, and the fans to share a common vision of an enterprise — what a match is supposed to look like, what a season is supposed to look like, what we’re all in this thing for. A story like that can be a powerful tool. It can make fans and owners patient with bad results. It can give players a heightened understanding of their roles. It can create the context in which decisions are made, both in the moment (I will go for this tackle, because we are a physical team) and in the long term (I will never buy a defensive midfielder, because to do so would violate the increasingly melancholic but nonetheless fierce sense of my moral purpose that I hone to a keen point each December while wearing this puffy jacket).

Pretty fantastic explanation of what an organizational culture really is, and what it can mean, in good times and bad, and in the long and short term.

And don’t get too caught up in reading this too literally, about it being just about soccer. Substitute the names of the soccer clubs with Apple, Facebook, General Motors, and the manager names with Tim Cook, Mark Zuckerberg, and Mary Barra if you like, and the points remain the same.

I still kind of think the culture, and it’s importance, are overplayed. Liverpool is a much worse side in the last season or so because of the loss of their top scorer Luis Suarez, and the slow decline due to age and eventual departure of their captain and living legend Steven Gerrard.

So while the “culture” was not able to keep Liverpool at a high level since the talent has been lacking, perhaps Phillips is on to something in suggesting that (re)embracing their organizational culture might be the way to help them climb back up.

This post is ending poorly; I don’t pretend to offer you any “secret” or “5 tips” to do anything more effectively in your organization. I just wanted to highlight the most interesting and convincing argument I have read in some time about the importance of culture. I hope you found it interesting, too.

Now if Liverpool could just find a new striker who can find the goal everything will be all right.