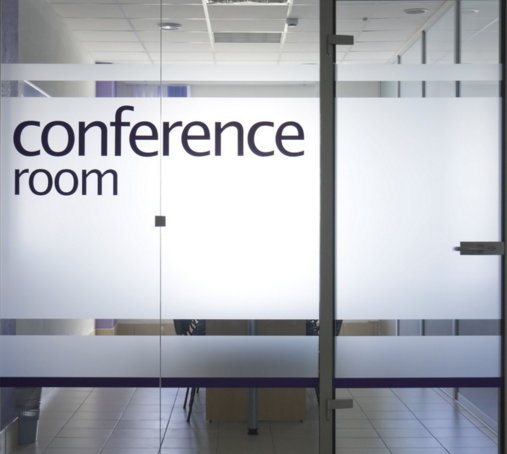 My boy Tim Sackett and I recently had the pleasure of being on the Meridian Knowledge L&D Hangout series, where we waxed poetic a bit on all things leadership.  It was a good conversation, but I want to capture one thing that was said because I think it’s incredibly interesting.  Here’s how the conversation went:

Tim: Naming your company’s conference rooms is the same thing as hanging motivation posters from a leadership perspective…

Video is embedded at the bottom of this post.  To give you a little more context, we were talking about “leadership through successories”—those motivational posters some people hang, that in my opinion, are weak. Tim challenged me on this, claiming that my company attempts to do the same thing by naming our conference rooms. That got me to thinking—I don’t agree, but what does naming conference rooms really say?

With that in mind, here is your master rundown: 5 Things Naming Your Conference Rooms Says About Your Leadership Style:

2. If you name your conference rooms after landmarks around town, you’re not saying much (except you love your city). I worked at DAXKO, a great company in Birmingham, and we had conference rooms like Dreamland, Vulcan, etc.—all Magic City landmarks. It told us the founder and the CEO loved the city and were dedicated to being a great company with roots in Birmingham. Not bad, but not really about leadership style. Good in its own way, though. You love your city—we get it—cool.

3. If you name your conference rooms after movies, you might be saying something about your leadership style.  We’ve got a lot of conference rooms named after movies at Kinetix.  The first thing that should tell you is one of the things I responded to Tim with—we love pop culture that Gen X grew up in and appreciates. Both owners of the company are Gen X, so that makes sense. But after reflection, some of it is leadership-based. Our founder is in an office called “Fight Club,” and that’s appropriate because we’re not afraid of conflict and we pride ourselves as a scrappy bunch. We’ve got offices called “Moneyball” (we want to be data-driven) “Tommy Boy” (shout out to selling in a certain way) and “Boiler Room” (The phone actually works—you call people! You get placements!). Upon further review, Tim was probably half right. We’re also saying we like to think differently as a company with how we named the rooms.

4. If you name your conference rooms after general pop culture references with no theme, you’re not saying much of anything. The movie convention makes sense, but if your conference rooms can’t be identified within a certain naming convention, you probably just held an employee contest or let your ADHD software developer run the project. Have fun with it, but mixing names of candy with video games can only mean one thing: you’re incapable of seizing an opportunity to market how you roll both inside and outside your business.

5. If you have boring as hell names for your conference rooms that were recommended by defaults on Office2005, you believe marketing by naming conference rooms is beneath you or you’re more conservative than Rush Limbaugh after he gets his tax bill .  “Conference Room1,” “Conference Room2,” and “Board Room” can mean only two things: Gray walls in the first two, and outdated fake leather chairs in the “Board Room.”

Sackett was right. Naming conference rooms and offices means more than I thought.

You do you. I’ll do me. We’ll judge each other by the approach we take.