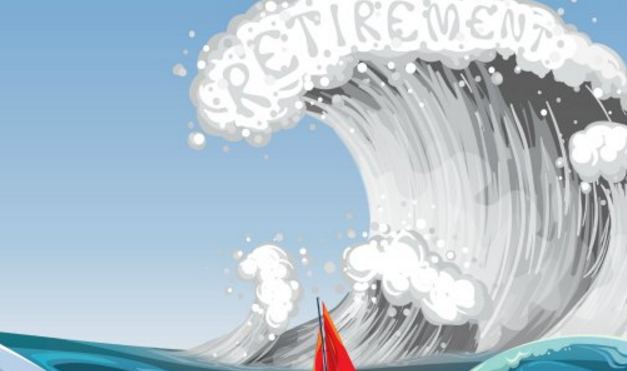 You’re finally feeling it, aren’t you?  Those older workers, the ones we call the Baby Boomers, are finally retiring. The great famed “White Wave” is upon us, about ten years after we were told it was going to hit.  Regardless of the timing, we are all certainly feeling it.

The one thing we’ve been told from the demographic statisticians and economists is that when the Baby Boomers begin to leave—and finally leave—the workforce, we will not have enough workers to fill the job openings we have. We’ve understood this to be true, which drives us to look at other ways to get our work done—immigration, technology, prayer, etc.!

My friend, Steve Boese, wrote a post over at his blog where he looked at some recent BLR stats and found this: 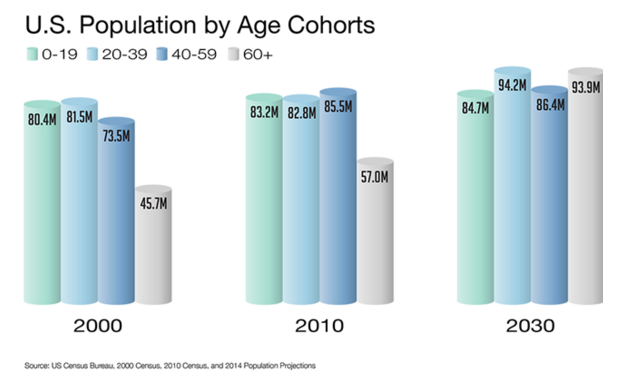 What you’ll notice is that there is definitely an increase in the age of our population by 2030, and leading up to that point! The 60+ years of age population grows from 57M in 2010 to 93.9M in twenty years! That’s a crazy demographic shift. Some economists have taken this to say that means 36.9M Baby Boomers will be leaving the workforce (simple math of subtracting 93.9 from 57). But, it doesn’t quite work that way!

The baby boomers will definitely leave a hole in the workforce, there is no doubt. The loss of experience and knowledge alone will make some executives curl up in a ball and cry. This doesn’t mean, though, that we won’t have bodies to replace those older workers leaving the workforce. We will!

Now, we know that not all “bodies” are created equal.  You can’t just plug in a 20-year-old for the 65-year-old leaving your company in most cases. But, in some cases you can. In some cases, you can marry that twenty-year-old with great technology and replace five 65-year-olds! It’s all relative to your industry, company and talent.

It’s obvious that knowledge transfer and the technology used to assist in that endeavor will be super important over the next decade. HR pros will have their hands full trying to figure out what approach is right for their organization. The one thing we can get some relief from is the fact that we will have reinforcements coming. Sure they might be young, dumb and full of, well, opinions… but they’ll be ready to work and learn, and we’ll need to figure out great ways to channel that energy, as well.

Make sure you catch the HireVue Weird Science Videocast with me and Steve Boese later this month as we discuss more about the future of HR and TA technology!

FOT Note:  We here at FOT like to think we get talent and HR at a different level. At the very least, we are probably going to have a different take than the norm. That’s why we asked  HireVue to be an annual sponsor at FOT, where they’ll sponsor posts like this one, allowing FOT contributors to write, without restriction, on all things related to talent and predictive analytics and how it impacts our organizations. Most of us will never get the science behind all of this, and to help, HireVue is also signed up to sponsor a FOT video series aptly named “Weird Science.” Be on the lookout for latest episode of Weird Science later this month with my guest Steve Boese!