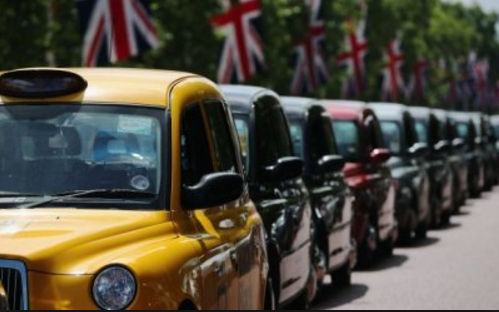 I headed out to Vegas a few weeks ago for the HR Tech conference full of enthusiasm on a quest to learn about the latest and greatest innovations in the people technology space. The conference itself is quite a production—it’s enormous in all senses of the word, and it attracts some fantastic people and speakers (isn’t Marcus Buckingham great??). But I was completely underwhelmed by 90% of the technology I saw. Most was pretty boring and not that innovative (unless you closed your eyes and imagined it was 1998). My assessment? Most companies are nibbling around the edges in a never-ending quest to appeal to the masses (in other words, on the fast track to mediocrity). I’ve seen shockingly few companies willing to take a stand and disrupt the fundamental ways in which we work.

Let me share the simple model my team and I used to evaluate vendors. At the end of each visit or demo we gave them a “score.” Were they “Uber” or were they “Hailo?” Both Uber and Hailo are apps, and both of them can be used to summon a ride to take you wherever you want to go. What’s the difference you say? Ah, well pretty much everything.

Hailo is an app used by taxi companies, and they’ve essentially automated the process of calling in to the dispatcher—being treated rudely before being put on hold for 5 minutes and told your taxi will be there when it gets there. And when it gets there, you’ll know it because you smell it from a mile away. I guess there’s some value to the automation, but the fundamental business model is the same.

Uber, on the other hand, connects you to a person driving their own car who’s willing to share their car with you. In other words, it’s fundamentally disrupted the taxi model and changed the model of how people get around in cities… and it’s a big time threat to the taxi industry… and in the process created a company worth $50B!!

Sadly, our scorecard was filled with Hailos and very few Ubers.

So here’s my question: Are there any “Ubers” in the HR technology space?

What I’m waiting for is a company to step up, break the system, stop trying to sell me some vanilla product and create something that will fundamentally change how we work (and I don’t mean automation). I’m waiting for someone who won’t let me customize the system to death and make the system even less than average. Someone’s who’s not afraid to tell me how I should be doing something (like performance reviews) and won’t let me import my B.S. 15-point rating scale… someone who isn’t afraid to open up their code to their customers and let them innovate. And most importantly, I’m waiting for someone who has a real vision and conviction for what the future of work will be 10-20 years from now and is building a technology solution for that world.