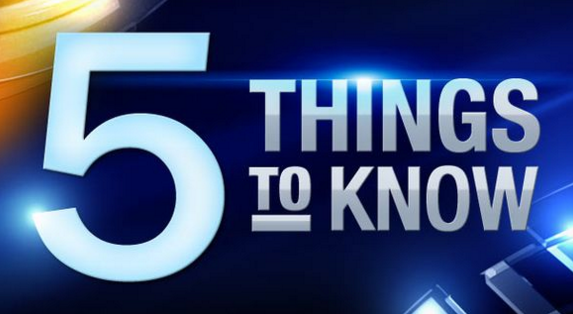 I know—you’re a recruiter, so you probably don’t care a ton about content, except, you know, job ads and resumes and social profiles and search results and $hit like that. And you’re thinking, Great, here we go again… another post about content marketing taking up valuable real estate where you could be learning the “10 Ways You Can Supercharge Your LinkedIn Efforts” or “Why Recruiters Should Care About Contractor Classification” (or whatever it is people who don’t care about content read).

I’m guessing it’s a lot like Staffing Industry Analysts or HR Magazine, which is to say, a great read, if you also are the guy who buys copies of Dan Schwabel’s Brand Yourself as an impulse buy at the UPS Store or reads Forbes.com for its innovative insights. All I know is, I wish as many people read my ramblings. That is not going to change in the coming year, trust me. 2016 prediction #1: people will continue to ignore me in favor of cute animal photos, retweetable headlines and specious “thought leadership,” mostly in the form of hashtags. #EBChat

Stupid is as stupid does, and stupid is the only way to describe the people who still click display ads and think Boolean logic is more revolutionary than Renaissance Fair, which ’tis, since you have to be drunk on mead to think that this is somehow still relevant to anyone other than the same Asperger’s support group that generally comprises the hardcore sourcing set.

I digress, of course, if only to point out that this is a tough-as-hell audience to crank out content for, particularly professionally focused copy (although Facebook tells me y’all are just as f-ing critical in your personal lives, too, God bless you). But I’ve been doing it for a while, which is why I thought instead of do one of those, “6 Big Recruiting Trends for ’16,” I’d stick with what I know—and know is going to make me the likeliest to say, “I told you so” in 365 days or so.

So here are your top 5 trends in recruitment content marketing that talent pros should watch for in the coming year—seriously. You know you have to pay attention to this stuff, even if you’d rather be working a table at a career fair or getting 2.0 credit hours for going through some BS learning-on-demand module so you can beef up your resume for that inevitable moment when, you know, you realize no matter how good you are, you’re still one of the most obviously bloated cost centers consuming any consolidated P&L.

So, seriously. I’m no Nostradamus, but I’d put my money where my mouth is—although that’s kind of the point of recruiting in the first place.

Numbered lists will continue to make us all a little dumber even as they make us think that somehow they’re making us smarter. You’re not being informed—you’re just conforming to a template. But being original doesn’t matter as much as, you know, generating traffic. Any content marketer worth his byline knows that rewards quantity over quality, and people somehow can’t get enough of these things.  Look for a Billion Reasons To Hate Social Media and SEO on the social network of your choice (it’ll get shared a ton, too).

A picture is worth a thousand clicks, and if you don’t have the time, brain cells or attention span for numbered lists, then you’ll like the fact that the only thing more ubiquitous in content marketing in 2016 will be self-reflective posts on content marketing, like this infographic about infographics.

We’ve already said this, but we’re totally over postmodernism (unlike the second person).

The winner of last year’s “This Sounds Almost Prestigious Enough to Have Any Credibility Awards” will go to the client who spends the most money on our product, service or website yet again in 2016.  This honor no one but your PR person cares about is awarded annually starting right now in the most convenient categories.  The ones that generate the most impressions will again be recognized in our annual year-end wrap up post that’s basically the same one you just read.

Corporate content will continue to bring you live reports of events you’re not at with content you don’t care about. Make sure to stop by our booth and enter to win a grand prize of one sales call per entry!

The best part about content marketing in 2016 will be that people will increasingly remember less in increasingly shorter intervals, so you get to recycle the same stuff hundreds of times across hundreds of accounts.  “This is actually from a blog post on another site,” said Matt Charney, who wrote this post.  “I can say whatever I want without liability for plagiarism if I just add quotation marks and a hyperlink. No one read this far, anyways, after they realized that this was devoid of any “actionable insights” or silly data from vendor-sponsored studies or Top Recruiter-style bikini models. Yeah, I’m sorry.

In 2016, it seems we’ll still be joining the recruiting conversation in content marketing, even if we keep just talking to ourselves. At least we’ve got a good excuse for not calling our candidates or hiring managers back these days. Truly, in 2016, it shall be same $hit, different year, yet again in this space.

Which, I suppose, is oddly reassuring. Particularly if most of your job could be easily automated by bots, outsourced to Bangalore or given to any Arizona State grad with a pulse (aka, every staffing bro you know) that we’re still around for another year is, indeed, something to celebrate.