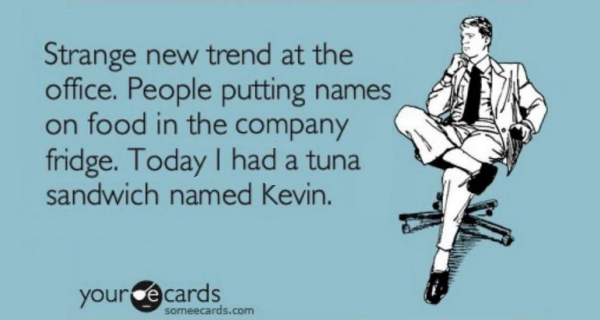 Many see business as a zero-sum game. I win. You lose.

Only one top slot on the org chart. Only one “employee of the month” award.

Today’s business is pretty ruthless and the stakes are high. There is no middle ground. There are only winners. And losers. And winners are winners because they are better than the losers. Right?

Focusing on winning and competition may have some negative side effects. Effects that last long after the actual competition itself. Especially if the winners are determined through social comparison (ie: many poorly designed recognition programs) vs. individual goal achievement (like many incentive and pay-for-performance schemes.)

Amos Schurr, a business and management professor at Ben-Gurion University of the Negev, and Ilana Ritov, a psychologist at The Hebrew University of Jerusalem, studied what happens after people compete and found when people win a competition in which success is measured by social comparison rather than by a fixed standard, they are more likely to cheat in subsequent tasks.

To test this, the researchers had groups of students take part in an estimation task where some students were told that they were the best estimators—the “winners”—and given a pair of earbuds as a prize. There was no real competition. The winners were randomly assigned. Others were not told they were winners.

The students were then randomly split into pairs: One student was given two dice and a cup with a hole in the bottom, and the other just watched the experiment. The pair then played a game in which the first student put the cup over the dice and shook it so that only he could see the results of the roll. His outcome, between two and 12, would dictate how many of a total pot of 12 quarters he could take, with his partner receiving whatever remained. The results showed those in the original “winner” group overclaimed the outcomes of their rolls, taking more money than the rolls indicated. Note—this isn’t like taking money from a nameless, faceless “institution.” This money would have gone to fellow students, their friends. They were cheating their friends.

What the researchers found was there are two types of success.

One type is based on social comparison—“how good am I” in reference to other people. The other is when someone achieves a specific measurable goal.

The former is the one that creates the “cheater” complex.

“When we win in competition, in particular when we establish we are above others in rank, we will feel more powerful,” says Dacher Keltner, a psychologist at the University of California, Berkeley who did not take part in the research. “And dozens of studies have found that the simple feeling of power makes people feel above the scrutiny of others and act in impulsive, self-gratifying and unethical ways. Feelings of power, whether it comes from wealth, a person’s position in a hierarchical structure or in this case competition, can indeed lead to various abuses like lying and stealing.”

The researchers think the cheating in the study is linked to a psychological mechanism called entitlement. This, and other recent studies show that people who are of higher status break the rules more often, such as a driver of a high-end luxury car ignoring traffic rules compared to the guy in the normal car (that would be me) because they feel entitled. Or those with big mahogany desks?

But let’s not get too far ahead of ourselves. I only bring this up to provide a counterpoint to all the “reward everything, every time to everyone” mentality currently driving our employee engagement discussions.

There’s always a trade-off between experiments like this and the application in real life. This was done with a student population in academia, and what still remains to be seen is whether these effects will happen in business-related competitions.

Who Stole the Sandwich from the Break Room Fridge?

Probably the employee of the month. Kidding.

Recognition in many peer-based programs typically have little objective, specific, quantifiable criteria. And with all the various ways you can send a Kudos and pat someone on the back electronically, we could be creating a rather big network of potential cheaters.

So keep in mind as you create your internal recognition program—your “social” recognition program—be sure to keep an eye on how much focus you place on social comparison in your rules and program design. Too much of “#1 Employee” or other comparative awards, may cause more problems later.