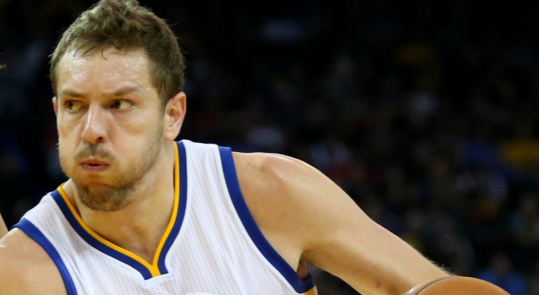 Lost in the shuffle of the recent NBA All Star Game and weekend and the trade deadline that passed last week, was a small bit of NBA news that many casual fans may have missed, or at least not paid it much attention.

Here is the news that I am referring to:

Lee, an 11-year veteran, was traded to the Celtics just seven months back, after spending the first 10 years of his career split between the New York Knicks and the Golden State Warriors, where Lee was a member of last season’s Warriors NBA Championship team.

Lee has had—by most, if not all, accounts—a very successful NBA career to this point. He has made two All Star appearances, most recently in 2013, and according to BasketballReference.com, his all-time NBA ranking for Player Efficiency Rating, (PER = a measure of a player’s all-around performance) stands at 91. So at least by this measure, Lee ranks inside the top 100 NBA players of all time. Just two seasons ago, Lee averaged 18 points and 9 rebounds per game for the Warriors, numbers matched by perhaps only 10 other players in a normal year. Lee, at 32, is certainly past his peak levels of play, but as recently as two years ago he was performing at an almost elite level for a very good and competitive Warriors team.

So with all that said, why is Lee (at least temporarily) unemployed, and what does his predicament suggest for the rest of us—especially those of us in the talent management and talent evaluation space?

I will give you three things to think about:

As the case of Lee reminds us, you can go from All Star to outcast really, really quickly.