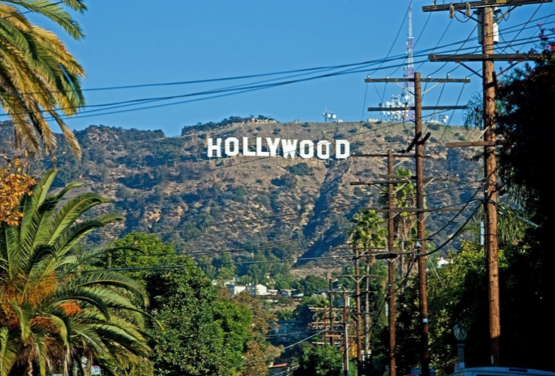 My freshman year of college, I lived in a high-rise dorm in the middle of the hood. I loved every minute of it. My favorite part, however, was the fact I could see the Hollywood sign from the window of the shared bathroom. Every morning I looked out and thought to myself how awesome it was to be so close to the action, and it was, as a kid coming straight outta Kansas.

Fast forward a decade. I drive past the same sign every day, twice a day. It dominates the background of an entire side of my field of vision for most of my hellish commute. Of course, I now completely ignore that god-forsaken tourist trap and the fact that I’m only halfway down Santa Monica an hour into my crappy commute. It’s weird how an icon can somehow become a part of the scenery.

It’s funny how the things that once thrilled us lose their luster, how the extraordinary ordinarily becomes mundane, that there really is such a thing as too much of a good thing. This is my relationship with writing about recruiting, an existential accident that somehow evolved into my perceived area of editorial “expertise” (admittedly limited).

My first ever B2B blog post was the second post ever published on the Kenexa blog, right after, I recall, that obligatory “We’re Starting A Blog!” post by the CEO that every B2B marketing function seems compelled to write. I remember how awesome it was that my stuff was getting seen by untold dozens of people, mostly at our PR agency of record, I’m sure.

But still. There was a whole new world out there – I could get paid to reconcile my day job with my moonlighting as a wannabe (never was) screenwriter. And not have to finish the god-awful projects my partner wanted to work on.

As decisions go, I stand by the fact I’d rather write about something as excruciatingly boring as “Tier One ERP Systems” than do a family comedy about what happens when the Saved by the Bell kids have to go to a real high school. That was one of his better ideas, by the way. I’ll take disposable content and cash over high concepts on spec. Sorry for being a capitalist (and pragmatist).

That was a decade ago. That’s right; as of 2016, I officially have been blogging about recruiting for 10 years. This blows my mind for many reasons, mainly that the best years of my life were spent writing about this $hit. And that recruiting and blogging are not only somehow still around, but with growing demand in areas that should have long ago been rendered archaic.

The benefit of stasis is security. This is why HR people love it. The downside is boredom. This is why recruiters are constantly fighting the system. It’s that mentality, I think, that keeps all the other stuff somewhat relevant. The fact that I haven’t been a practitioner in a minute is irrelevant, since the same systems and best practices still prevail.

I just would be average these days, though; my preferred channels (social, e-mail, instant messaging) have moved from margins to mainstream, eroding my competitive advantage – one I don’t know I knew, as an early adopter, I had. What I do know is that on the analyst “maturity model,” I’m an OG. Of course, on the societal maturity model, I’m like seven. Maybe.

But back then no one knew that my secret sourcing mojo was using Google instead of buying lists or access to stuff like association directories or alumni databases. No one thought the reason I never cold called like every other a$$hole in that bullpen was because I was too busy sending mass e-mails, which I can tell you, recruiters back then thought was a ridiculous strategy. They told me so on a daily basis. Turns out, on this point, they were right.

When I started doing this, I had a waistline, a hairline, wore sweater vests, silk ties and shaved daily. Facebook was actually still not available to the general public. Mobile recruiting was limited to calling back candidates or clients on your Razr. E-mail automation (er, “talent community management”) was done by macros we had to actually make ourselves from lists we had to manually populate. Things, let’s just say, done changed.

The funny thing is, fundamentally, the subject I’ve covered for 10 years really hasn’t. My first blog post was as apropos then as it was today, referencing the Dire Straights and asking how the hell my life now involved sourcing candidates for a living, watching the days go by. Depressingly, I was 22 when I wrote that post, and a whole lot of days have happened since my debut. My second post was about how much I hated PowerPoint. That’s still true, too.

My third? About the dangers of turning off candidates through too much communication. Seriously. I’ve written like four posts on that topic alone this month. If your professional life involved this much stasis, you’d be bored, too.

Maybe I need to move away from the Hollywood sign. Then again, this is my home. And I should learn to appreciate the fact that I happen to be located in a place that everyone in the world seems to care about except me.

But then again, I could always say screw it and head off to Texas on a crazy ass whim, too.