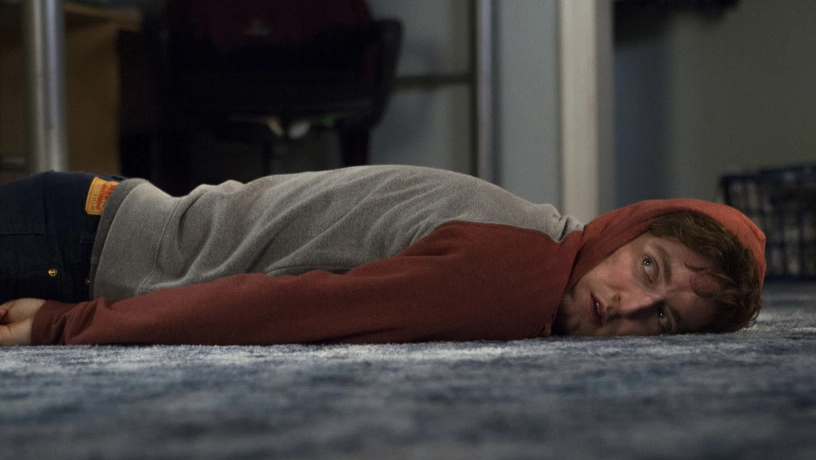 No one at that dinner had been sleeping properly for weeks, and it wasn’t just the impossible heat of an impossibly long Auckland summer. My phone was ringing on the table, face down, slowly vibrating its way towards my lap. As it breached the edge the lit screen suddenly caught my eye in the darkness of the bistro, broke through my daze. I swung my free hand to grab it, throwing the red wine out of the glass in my other hand, in some kind of counterbalanced movement.

I was with Pete, Mark and John, my Sonar6 co-founders, but I was talking to myself. I went outside to take the call. I wandered through the Thursday night throng outside the restaurants and bars, and dropped off the ridge of the main road down a quieter side street. It was so humid that the city lights appeared hazy in the near distance. My hair was damp with sweat, even though it was after ten. Dom was still at the office, and ringing me this late was not unusual, but what was odd was the endless small talk. He was nervous.

“Cut to the car chase mate, how can I help?”

There was a long pause. No one had wanted to leave before.

“It’s just getting to be too much.”

I couldn’t argue; the business was stretching everyone to a breaking point. But I did argue. That’s what you do. You talk people off the edge.

After an hour on the phone, my ear was hot. I went back into the restaurant. My food was cold. I explained to the others the conversation. Dom was Head of Support. We needed him. He’d stay for another month, then reconsider, but he had had enough.

I actually felt like crying. I was already trying to keep so many balls in the air and I just didn’t need to be on the search for someone else to head Support. But being in a startup is like having a baby. No matter how relentless it gets, how hard, how repetitive, stopping is not an option. You cannot storm off on your Segway.

Sonar6 was an idea dreamed up by a couple of guys who met cycling. When Mark and I started, I had genuinely f*#k-all idea about how to build a business. I had no idea how hard it would be. We worked day and night in a narrow leaky office at the expense of everything else in our lives. When Sonar6 was acquired we predictably had a huge party. We had champagne. Catered food. We even took the whole team sailing. It was an experience so far away from where we started that I’d never dared dream it.

In the middle of this celebration a journalist rang me up. He asked me directly, “Now that you are a rich man, what are you going to do with your life?”

“Well, I’m still working,” I replied. I said that because I simply could not imagine anything else in my life. For all of the marketing, HR and general business smarts that we learned, Sonar6 was primarily about putting one foot in front of the other. It was about perseverance. I remember talking to my brother Philip that night that Dom resigned, telling him how close I was to giving up. He summed it up: “Cry, laugh, do whatever you need to do, but just show up tomorrow.”

We were a rag tag bunch. We made more mistakes that you could possibly imagine. But we kept showing up.

And that right there is the most important piece of the puzzle. You may not always know where you’re heading, but keep heading.

In 2006 Mike founded Sonar6, a Human Resources Software business with the tagline At Last, Performance Reviews that don’t Suck. Sonar6 was subsequently acquired by Cornerstone OnDemand in 2012. Since then Mike has been splitting his time between New Zealand and California, sitting on the boards of several fast growing tech companies, running his halfway2.com and generally reconnecting with his kids. He has also crashed a plane into the sea.