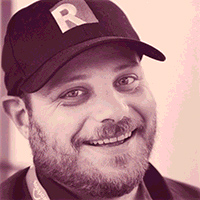 Employee engagement is one of those perpetual trending topics in HR and recruiting, probably because for years now, pundits and practitioners alike still haven’t figured out how to confront what seems to be a fairly endemic case of malaise and apathy perpetually plaguing our workforce.

I’m not sure why it is that talent leaders and recruiting pros can’t to have a near obsessive fixation on what’s inherently an amorphous and highly ambiguous concept, but I think the primary driver of our engagement fetish is that it seems to be a convenient, categorical catch-all that’s more or less seen as the whipping boy for all of the manifold problems plaguing the HR and recruiting profession today.

Inherently, we know that an engaged workforce is more satisfied in their jobs and tend to be happier, more productive and stick around for longer tenures and lower pay, a pretty compelling business case for justifying the significant chunk of change we spend on employee engagement initiatives – Bersin by Deloitte estimates employers spend approximately $720 million on employee engagement improvement annually.

While this represents a staggering sum, what’s already a bull market looks likely to continue its boom for the indefinite future, considering that as ubiquitous as employee engagement has become, only about 50% of employers report actively investing in related programs, products or initiatives last year, meaning that only 50% of the overall market for employee engagement solutions has even been tapped.