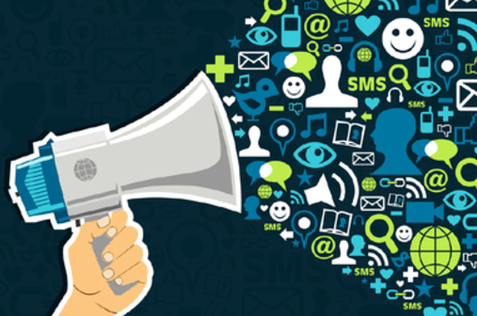 I’ve sat on the sidelines and watched “employer brand” turn from some meaningless buzzword and amorphous, largely theoretical construct into something of a cottage industry. I have no problem with this, of course – those who can’t do, recruit, and those who can’t recruit run employer Instagram accounts and branded Twitter chats.

Which is cool, but as more practitioners hitch their wagon to this rising star, it’s becoming increasingly obvious that this trend is not only unsustainable, but given the parallel rise of “big data” in recruiting, we’re reaching a breaking point where we have to consider the facts.

If we value actionable analytics and data-driven decision making, then the numbers just don’t add up when it comes to continuing to sink time, money or resources into building an “employer brand.”

Of course, there are plenty of “business cases” and content marketing collateral out there full of official sounding surveys and statistics on the importance of employer branding. They’re almost all some form of content marketing collateral put out there by the same “thought leaders” whose viability depends on companies spending boucoup bucks on crap like “Day in the Life” videos.

Because the bottom line is, empirically speaking, employer branding is the biggest waste of time and money this side of a global Workday implementation. And by now, we’ve generated enough numbers to prove it.

The rise of “employer branding” was triggered primarily by two trends: the first has been the nearly seven years of consecutive job growth (thanks, Obama) since the Great Recession, which has meant boom times for anyone with even an ancillary connection to the recruiting industry.

This, coupled with a rise in recruiting related spend, has allowed employers to experiment with their budget allocation in a futile attempt to be seen as strategic and mission critical business partners.

The talent market has gotten more competitive, but receding recruiting results might just reflect the fact we’ve shifted priorities from direct sourcing, candidate development and relationship-based recruitment to automation, advertising and farming our candidates instead of hunting for them.

The more recruiters fancy themselves as “marketers,” of course, the more they’re angling for their jobs to be among the most glaringly redundant (more than normal recruiters, even) in any organization.

There isn’t a single employer branding discipline or core competency that’s unique to the recruiting function – it’s basically the special ed version of consumer marketing, and unlike your talent organization, those guys are actually a profit center. And have the metrics to prove it.

The difference between marketers and recruitment marketers is that marketers long ago developed ways to directly measure, optimize and manage the efficacy of their efforts, and to quantify those in dollars and cents.

As new job creation continues to slow, cash flow and VC turn into a trickle and the cost of credit continues to rise, it’s going to be incumbent on recruiters to not only tighten their belts, but start thinking about how to increase their job security when the inevitable downturn happens (and it’s looking more and more likely every day).

The fact is, going in talking about your innovative use of Instagram, SnapChat, whatever, it’s not really going to matter when you have a couple hundred followers and no directly attributable hires to show for it. Your talent communities, engagement score and social reach won’t mean a damn thing if you’re not making the hires your company needs – and top talent will become increasingly risk averse in a downturn, as fear is a much more powerful driver than the aspirational copy and cliché mission statements on company culture.

If someone tweets at a branded account, if someone connects with you to ask about opportunities on LinkedIn or opts into a new job alert update e-mail, then they’re not actually passive candidates.

And getting a call back is really, really hard when you’re relying on a push, not pull, approach to just-in-time hiring – creating a branded landing page, customized career site and a bunch of jobs content won’t do anything but make you look desperate in a down market. Of course, worst case scenario, RIFs hit and the layoffs begin – then, maybe, employer branding won’t be complete BS.

At that point, putting on a happy careers face and branded presence is going to be called “investor relations” instead – and that team in TA who used to tweet all day will already be long gone. And if that’s all they’re bringing to the table, well, can’t say they shouldn’t have seen it coming.

Don’t believe the hype. It just might cost you your job – trust me on this one. How do you think I moved from recruiting to marketing during the depths of a recession? Man, Doostang sounded like a great idea at the time…

…but I should have just picked up the damn phone instead. Lesson learned (and you’ve been warned).