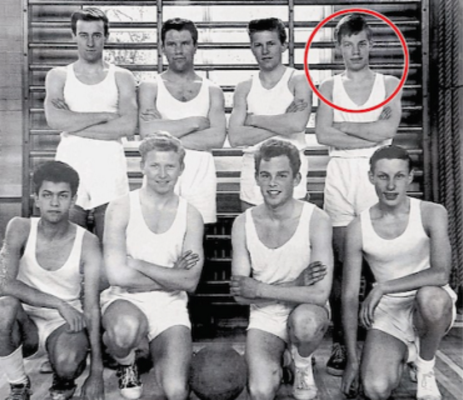 How many of you have dreams about work?

Of course you dream about work. How could you not? You work more than you sleep. I guess the key question is the following:

How weird are your dreams about work? Are you married to the 64-year old boomer with the brochures about the tea party? Are you dating the accounts payable girl who’s at the smoking pit of shame 3 hours out of every day?

Is it weirder than that? I feel you. Consider this dream I had in black and white last week with a Learning and Development theme.

I was teaching a young Mick Jagger to Eurostep. In black and white—not color.

First, some level-setting. The eurostep isn’t a version of the country line dance—it’s a offensive move in basketball. And Mick Jagger, young or otherwise, has no reason to learn the move.

Yet, there I was in my dreams. Walking up on an outdoor basketball court and seeing Mick Jagger there, looking pathetic with some combination of dribble drives and shot fakes as he worked alone on the court.

Clearly he needed my help. I switched into coach/instructor mode and the exchange went something like this:

Me: Mick, you want something you can use to slide by defenders as you go to the basket.

Me: Or you can just stick with those buster-like shot fakes.

Me: Mick, I’m from the future. I know where the game is headed, and I can show you something that will put you 30 years ahead of everyone else.

At that point, I start to teach him how to do the eurostep. For the uninitiated, The eurostep is a term for a basketball move in which an offensive player picks up his dribble, takes a step in one direction, and then quickly takes a second step in another direction. It is intended to allow the offensive player to evade a defender and attack the basket.

The move is a crafty way to distribute the two steps allocated to a player after he stops dribbling, and it goes right to the edge of being a traveling violation.

It’s rough at first, but Mick eventually starts picking it up, and now he’s talking to me. I resist the urge to ask him about the time when Prince got booed when opening up for the Stones and instead focused on his questions:

Me: Kris. My friends call me KD. Of course, you can call me whatever…

Mick: <interrupting> Good—look, isn’t this move going to be called a travel?

Now we’re interacting! Mick Jagger and his teacher, Kris Dunn. Who knew Mick Jagger even played basketball? The UK thing and all that.

Me: Well, technically, in the future you get two full steps when you pick up your dribble and you’re heading to the basket. What year is this? I’m from the future.

Me: Yeah, it’s still probably interpreted as a step and a half in 1986.

Mick: So I won’t be able to use this?

Me: Did I miss something? Are you playing in organized leagues or just pickup basketball? Just try and take the first step as your collecting the basketball, not before. You’ll be fine. Let’s play. You vs me. Jagger vs Dunn.

Then I woke up. And yes, you missed some technical teaching detail about the eurostep that I broke down for Mick Jagger.

You know you love teaching when you dream about it. Eurostep videos (click through for video if you don’t see them) below if you’re interested.