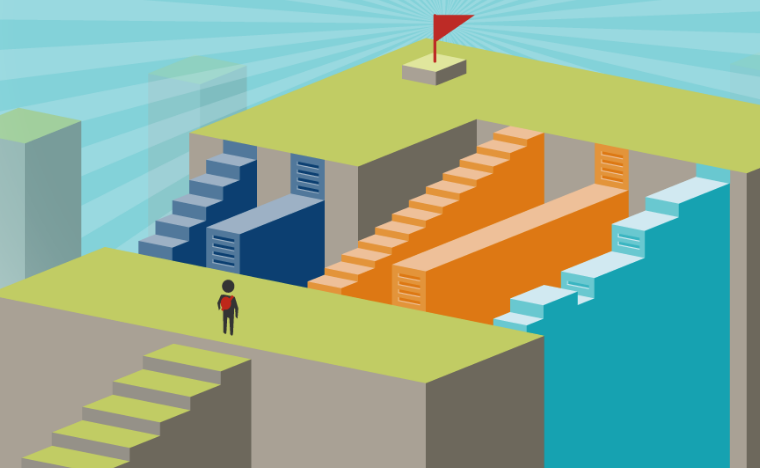 Amazon continues to be (IMHO), America’s most interesting company.

From the sheer range of businesses in which they operate to their single-minded focus on dominating their categories and increasing their willingness, (almost at a Google-like level) to experiment with brand new and innovative products and services… Amazon is always fascinating.

And this willingness to experiment seems to sometimes extend to its HR and talent practices—including the idea of challenging internal hiring managers to compete for new hires, or said differently, allowing new hires to choose their department and assignment at Amazon.

Some details from a recent piece describing this process at Business Insider:

But Amazon is solving it an unusual way: Teams are poaching newly hired engineers from each other right at the point that a hiring manager makes an offer, sources at Amazon Web Services told Business Insider and Amazon confirmed.

A spokesperson tells us (emphasis ours):

“We’re a fast-growing company, have several businesses with compelling job opportunities, give new employees options on where they start, and love that people come to Amazon in one role and then are able to move to another after a few years.”

In the offer letter, Amazon’s HR department gives the person a chance to take a job in another department in a hot, highly visibility area, such as Alexa or drones.

I know Amazon isn’t the first, or only shop to implement this kind of a program—I am fairly sure this happens at Google and maybe even Facebook as well (and probably others), but it definitely isn’t the norm from my experience.

Would this kind of open competition for new hires work for you?

A couple of interesting things to think about when considering this kind of an internal poaching scheme for your organization. First off, and as we see in the Business Insider piece, the open talent market for new hires puts “hot” or particularly interesting parts of the organization at a distinct advantage in the competition for talent. In Amazon’s case, areas like Alexa and the drone delivery projects are much more compelling (at least in theory), than say, improving the performance of the Amazon website. So by setting up a scheme where new hires can self-select into higher-profile roles, you run the risk of demotivating and under supporting less exciting, but still vital elements of the business.

But the flip side of that argument is that the new hires that do want to work in the less interesting parts of the business just might be a better fit for those roles and for the business overall. At Amazon, and I am sure at your organization, too, there are many more fundamental roles and parts of the organization that anyone who envisions themselves having longer term career success would have to know.

Said differently, I would expect that any future leader at Amazon would want (or need) to have a good understanding of all parts of the business, glamorous or trendy or not, not just what is the flavor of the month and being covered breathlessly in the tech press.

Finally, this open talent market concept helps force hiring managers across the organization to raise their games as well. If you are the hiring manager in a not quite as hot part of the company and you find yourself losing talent in internal competition with other parts of the business, then you are eventually going to be forced to improve your value prop, re-calibrate the kinds of folks you want to hire, or get better at playing the internal politics with competing managers.  All of these strategies will likely make you a better hiring manager and leader in the long run.

Leave it to Amazon, the future provider of same-day drone detergent delivery, to push the envelope on something as simple as onboarding new team members.

Can this work for you and your organization too? The first step in finding out is not being afraid to try.