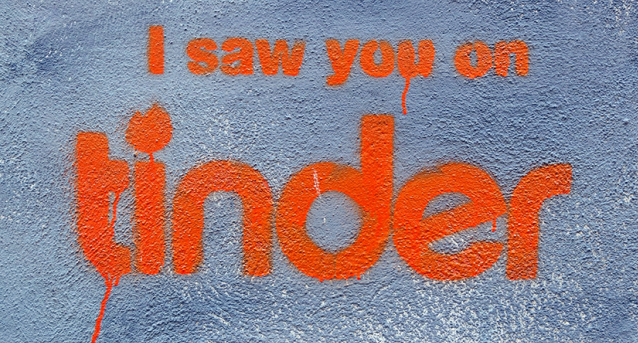 Who here is on Tinder? Not me, people. But I appreciate the… cough… algorithm behind the app. I also appreciate how new technology makes seemingly unfathomable work mishaps not only possible—but probable.

“Although still seen by some as “the hookup app,” Tinder, in Rad’s eyes, is really just about discovery. Whether it’s a person, a group, a political party, an advertiser’s product, or even a job. “You’re on Tinder to discover things,” says Rad. “You don’t have this expectation of what you’re going to see. You’re in that discovery mindset. You are there to discover new things. Our users love it and advertisers love it.” In fact, Rad admitted that the company even recruited and hired “about six people” through the app.

“Those conversations did not lead to dates,” Rad said with a chuckle. “But to ‘Hey, why don’t you come by and interview about this role?'”

Why wouldn’t you use Tinder to recruit? I don’t know… because…

Because by hiring through an app gives the candidate you hired leverage to come back on you for a harassment claim in the future?

Because retention is known to be 30% less across candidates you contacted initially to meet at 2am with the intent to take off your pants and jacket?

You’re right—because you’d give everyone the absolute creepers…

If this story results in anything positive, it should make apparent one thing: You’ve got a lot of opportunity to make your harassment training less boring and more dynamic.

After all, everyone can get their head around dangling a promotion or pay raise in exchange for what Rick Springfield used to call the “Human Touch.”  It’s the gray area of Hostile Work Environment that causes the most risk for your company.

Let’s take two examples: Game of Thrones and the Tinder App itself.

Game of Thrones is a popular water cooler topic these days. There’s a lot of weird stuff going on, much of featuring full frontal nudity as a weekly feature of the show. Let’s say some of your employees have a habit of discussing the nudity on the show and one employee in the pod doesn’t agree with it at all.

Does that create a hostile work environment?

What about Tinder itself? Does a discussion across co-workers of the reasons for a swipe right/swipe left with no details of what happened behind closed doors create a hostile work environment?

You and I know the answers to both of these questions are hard to get your arms around.

Your harassment training should cover the policy, then do the following:

Disagreements should be moderated by a training facilitator to show the reality—the only way to ensure you don’t create a hostile environment is to steer clear of topics, especially as a manager of people, that could be perceived as a form of harassment.

Most of the time harassment training makes our eyes grow heavy. Throw the Game of Thrones and Tinder examples in your training and you’ve got a chance to keep their attention.

Bonus FTW: The Rick Springfield video I linked to above here used the year 2016 as the distant future.

You’re old. But your harassment training doesn’t have to be.

FOT Note: This post is brought to you by the good folks at Meridian, who like us enough to be an annual sponsor at FOT for all content in our learning and development track (and don’t expect that we run any of this by them ahead of time). They’re also up for having fun to the extent that they’re sponsoring the Learning and Development Hangout Series. Check it out!