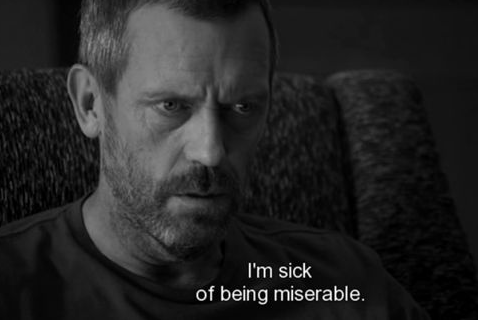 Remember a few years back when we all went gaga in HR about Zappos? When they were offering new hires getting ready to graduate new hire training a couple grand to leave if they didn’t think they were a fit?  You know you do.  You love Zappos.

HR people love them some Zappos.  I was at the WorkHuman conference put on by Globoforce a couple of months ago and a lady in the crowd asked a question and identified herself as being on the team at Zappos.

She got applause, people. She might be the Lebron James of HR, or she might be an undrafted scrub that’s about to be fired for harassing a male intern from UNLV. Either way, the crowd applauded her.  Because she was Zappos. Think about that and let it soak in a bit.

Well, as it turns out, there’s another interesting application of the Zappos “I’ll pay you to leave” offer.  Zenefits, another darling of sorts in the HR world (“Look Mom—a free HRMS! All we have to do is allow them to sell us benefits!”) is in the Zappos game of paying people to leave.

Before we talk about the Zenefits offer, click here if you need a refresher on how Zenefits has imploded in the last year – bad processes, pissed off ADP, CEO fired, etc.

OK – caught up?  Things have been bad at Zenefits, so it’s pivot and survive time.  With that in mind, new Zenefits CEO David Sacks made a turnaround move that appeared to be one of the more ballsy ones involving people in Silicon Valley history a few weeks back.

Following several months of turmoil over compliance issues that led to the departure of the company’s founder in February, Sacks made what he called “The Offer.” In essence, any employee hired before February could take a generous buyout offer if they didn’t feel they could get behind his plan to save the company (2 months pay and 4 months COBRA).

Here’s a take from VentureBeat on that offer, then a response from Sacks on how the offer went:

The deadline for accepting the offer was last Thursday. So how’d it go?

Today, Sacks revealed in a series of tweets:

1/ Very perceptive article about the The Offer, calling it a “bold move” “that could torpedo the entire company.” https://t.co/pVDOyY90sY

2/ Further: “we’ll find out if his faith in himself and his employees is rewarded. Or if Zenefits is headed to the unicorn burial ground.”

3/ Now we know the answer: Only ~10% of employees took The Offer. I’m so proud of the 90% who have recommitted to the new Zenefits.

4/ It really is a new company now: new values, mission, leadership, and focus on compliance. Employees deserved a choice. They made it well.

No doubt, the 100 or so of the 1,100 employees who took the buyout will leave some holes to fill.

Still, it seems the bet paid off. And if Zenefits continues its comeback, Sacks’ moves in recent weeks will likely be remembered as one of Silicon Valley’s more amazing winning gambles.

My take? You offer two months pay and lose 10% of your workforce.  That’s good, because only the people who were least engaged are gone – or those who were close to accepting another offer anyway.  It’s good to get those folks out.

But were the people who failed to take two months pay really recommitting to Zenefits?  I don’t think so – two months pay for active employees is hardly an offer you can’t refuse.  My take is the purge, while good – wasn’t great.

It wasn’t ballsy at all, it was pedestrian. Offering two months salary is smart, because only the dregs of your company will take that.

And the Zappos lady who got applause for being at Zappos? I gave her a standing O that day. I celebrate her entire catalogue.  I just hope that intern made out OK.