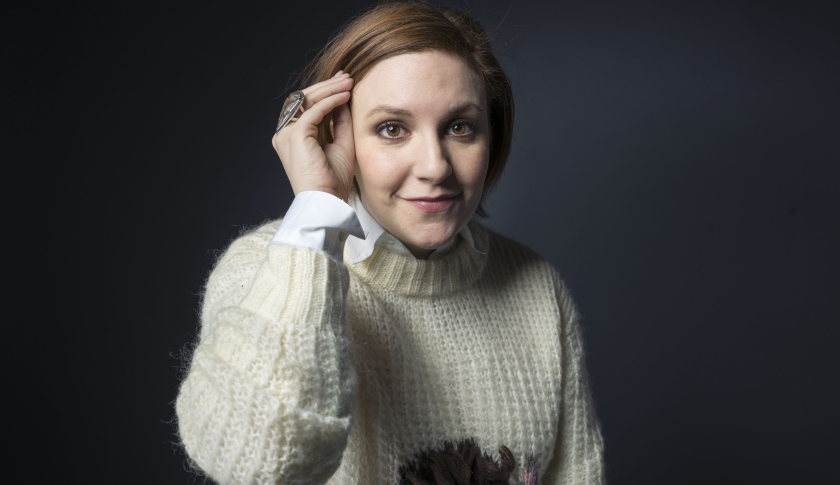 GE’s comically awkward “What’s the Matter with Owen?” recruiting commercials hit the air last fall as one of the first tactics to recruit young people to join the company as industrial Internet developers. If you’re not familiar with the series, here’s a fan favorite (email subscribers may need to click through to view):

GE’s changing approach to tech recruiting is part of a larger push to reinvent the company for the digital age, and this week they are back it again partnering with the bare-all Girls creator Lena Dunham on a week-long sponsored content run on her feminist web platform, Lenny Letter.

The first piece in the series, titled The GE Executive Pulling Women Up the Ladder with Her, was an interview between Dunham and GE’s vice chair of business innovations, Beth Comstock.  That interview covers women in the media, what a career in science actually looks like and how GE is encouraging women in tech. More from Mashable:

…other installments look beyond the company to more broadly celebrate the role of women in the industry. The newsletter is rounding out the week with a sci-fi narrative from author Alice Sola Kim, an interview with Girls Who Code founder Reshma Saujani and GE technology-inspired art from Rachel Levit Ruiz.

GE has proven itself to be a big believer in this type of content marketing; it frequently buys article placements in online publications across the board and has even gone so far as to launch its own tech news site.

The Value of Influencer Marketing

When executed right, influencer marketing can open up a new channel for brands to connect with consumers (and talent!) more directly and can amplify a message at scale.  The partnership between GE and Lenny Letter comes right on the heels of 123-year-old GE announcing they will be moving their headquarters—and delivering about 800 jobs—from suburban Connecticut to Boston—a time when the company could benefit from another strategic infusion of recruitment marketing tactics to bolster hiring.

Content marketing is no longer just about creation and distribution, but instead, focuses on relevance and consistency to attract and retain a given audience and ultimately drive an action. When paralleling Owen to Lenny Letter, you can clearly see how the company hast pivoted to reach smaller niche talent pools.

“We were really impressed by ‘Lenny,'” Christon said. “They’re really pushing the envelope in sometimes difficult conversations. But also, they’re not a mass outlet. They go after a niche audience that is very, very engaged.”

Since Dunham and Jenni Konner founded it last fall, the feminism-focused publication has launched a website to complement its biweekly newsletter and signed a major deal with Hearst to help sell display ads on it. At the time of the deal, the site also announced plans to build out more sponsored content.

Dunham has described the newsletter’s audience as “an army of like-minded intellectually curious women and the people who love them, who want to bring change but also want to know, like, where to buy the best tube top for summer that isn’t going to cost your entire paycheck.”

Well-placed branded articles and videos and other advertising efforts have helped GE hone a brand image as a hub of science and innovation — a helpful asset as the rise of tech titans like Google, Apple and Facebook threatens to make the 123-year-old Thomas Edison-founded corporation look stodgy in comparison.

Kudos to GE for admitting what we all know when it comes to tech recruiting—the odds are stacked against most companies, especially when being compared to tech’s heavy hiring hitters. GE may not have cracked the code, but they are certainly making strides to shift the current perception of their brand in the right direction.