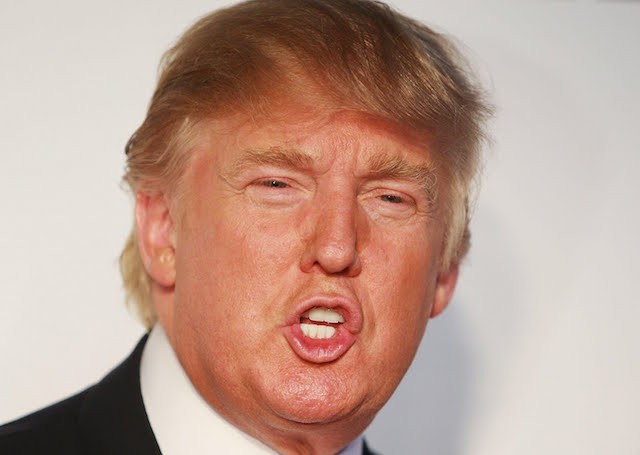 I’m unabashedly libertarian in my politics. I don’t think government can solve anything that you can’t fix yourself.

There are exceptions, of course. You can’t fight systemic problems like racism and sexism that are baked into our operating system. Like a computer virus, those problems require intervention beyond our individual capabilities.

But, for the most part, you’re accountable for bringing your best to work — and life — on a daily basis.

So when Trump promises to bring back good paying factory jobs to America, my first response is rooted in skepticism. The government can’t do that. Nobody can do that. That’s not how business works.

My second response is even more vitriolic. Nobody wants those crummy Trump jobs. Those jobs suck. Have you ever worked in a factory? Do you have a family member who’s lost a finger or a hand in a mill accident? Don’t we have higher hopes for our talented citizens?

Most Americans would trade a kidney for a second chance to participate in a knowledge-based economy. The American dream is to send those toxic and dangerous factory jobs to China and Mexico and replace that work with something more meaningful. Something with a purpose.

The next President should focus on that challenge.

When I hear Trump promise to bring back jobs from China, I fly into a fit of rage. And I think of the book The Factory Man. Have you read it? The author describes the segregated and sexist ways that furniture companies operated up until the 1980s. African American men had the most dangerous jobs. Women didn’t have access to leadership roles.

Who wants that? Nobody! Don’t bring that back to America.

Eventually, the furniture companies get greedy and decide to start building factories in China to maximize profits and reduce labor costs. They seem stupidly surprised when their designs are stolen. Morons. And you probably know the rest of the story, right? Furniture is produced cheaply, and China wipes out the industry here in America.

I’ve been through these towns in North Carolina. There’s not much left besides Bojangles and maybe a Walmart. Maybe.

But the answer isn’t to bring back those old jobs. The answer is in the future: education, training, and knowledge-based work that is compensated by your effort and intellectual contribution. In fact, I believe that re-importing those jobs back to America would be a wholesale failure of democracy and capitalism.

So you can keep your crummy Trump jobs that endanger workers and make 1% of the population wealthy. I’m thinking about the future and work-related programs where you’re rewarded and incented to carry the load and perform your best.

Some of that is expensive — equal access to education, science-based approach to solving problems, laddering up the disadvantaged so they can compete in a performance-based economy, universal basic income to offset inequality in America — but the results will pay dividends for the American workforce and the economy.

Imagine how great the world could be if HR focused on culture, leadership, and optimizing performance. It’s not about making Oreo Cookies in the Midwest and mining coal in Appalachia. It’s about investing in the intellectual potential of our citizens to reduce spending in the long haul.

So let’s keep those crummy Trump jobs out of the economy. Let’s do it for our workers and for the future of human resources.