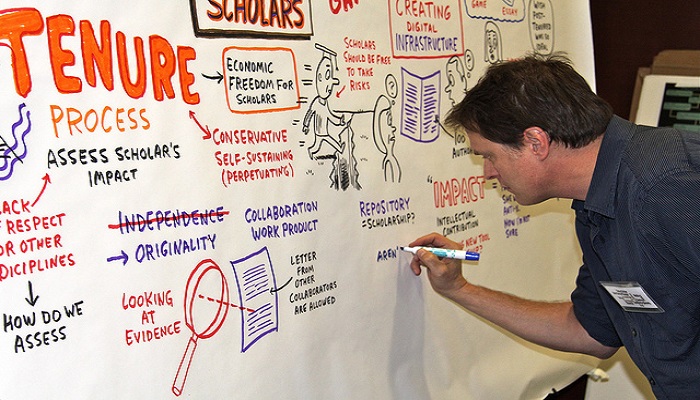 It’s not often that I hear people tell me they wish they could get more innovation from their direct reports.  It happens from time to time, but let’s face it – the world is moving pretty fast and for the most part, we’re all just trying to keep up.  Innovation in a role you manage would be great, but you’ll probably settle for just making the buses run on time.

But different roles, managers and companies have different needs.  For a select group of people, you really do need innovation.  I’m not talking about the R&D people or the molecular scientists.  Instead, I’m talking about the people you paid top dollar to recruit to your team.  You found them, pitched them and ultimately put the cash up to make them make the move to your company.

And now the company expects results that look different – so do you.

You’re expecting them to come up with new sh#t, the stuff that most people at your company can’t figure out.  You don’t know how to tell them to do it, but you know it when you see it.  Like style, or the other classification of media this supreme court justice so famously referenced.

So how do you set this talented person up to give you innovation and bigger ideas?

Simple – you do goal setting and performance management by setting the stage to tell them they’ll never get the highest performance rating by simply making the buses run on time.  You need to tell them that the expectation is they dream up new stuff and most importantly – ship that new stuff.

Here’s how to do it:

Use traditional goal setting processes to establish what good performance looks like in each goal area, and leave what’s required for great performance less structured and undefined.  Talk about the need for new thinking, innovation, etc.  Be willing to brainstorm with the employee and participate in the process of what innovation and big value added might be, but don’t tell them what to do.

Some people won’t want to do it. That’s OK—the world needs solid performers and ditch diggers too. Your job as a manager of people is not only to engage the stars this way, but to find the fence-sitters—those who aren’t doing it now, but who might begin to innovate with a nudge from you. You provide that nudge by talking about what innovation looks like within their role and how it’s linked to blowing out the ordinary goal that’s defined to a greater degree.

So you lay out a goal for the person in question – hopefully with their participation.  Then you customize what meets vs. exceeds performance looks like in that goal area.  Here’s some general fodder for you to customize:

“Exceeds” Performance – As I broke down above, once someone is in control of a Big 5 area from a quantity, quality and command perspective, great performance becomes more about what they need to do to show that they are a star. If you want innovation and new sh#t, reaching the “exceeds” level in any goal area usually means the employee innovates and adds value beyond simply adding more quantity, quality and command. What could they do to provide value in the goal area that makes them different than any other employee in the company? You can’t tell them what to do here – you telling them what to do isn’t innovation – it’s just another goal.

The biggest thing you’re doing with this approach is putting people on notice that simply making the donuts isn’t enough to become a star in your eyes.  They need to create and add value.

If you want innovation, you need to frame goal setting and the resulting coaching and performance management cycles in a way that looks like what I’ve described.

If you’re not willing to do it, you get what you get – and probably what you deserve.

FOT Note: This rant is brought to you by the good folks at Halogen Software who like us enough to be an annual sponsor at FOT for all content in our performance management track (and don’t expect that we run any of this by them ahead of time).