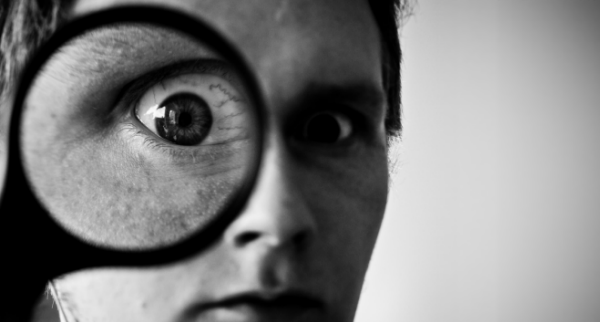 Quick – how many milliliters of morphine should you give to dull the pain of surgery? Don’t know? Let’s try this –which chemotherapy drug do you give for cancer? Give up? Okay how about this one – should you take aspirin and Coumadin at the same time?

Unless there is an MD, LPN, RN, NP or some other group of initials tied to education and certification in the medical world after your name, you probably shouldn’t be making those decisions.

Sure, there are a bunch of minor ailments you can successfully treat – a headache for example (even that could be an issue – I mean, do you know when it is a real problem or just a reaction to another post about how HR should use Snapchat and Pokémon?) Normally it is okay to be your own doctor when the focus is on something short-term and non-life threatening. But when you’re looking at chronic, life-threatening issues, it is pretty good advice to go talk to a pro.

Your engagement and incentive program design problems are similar.

I’ve talked at length about how incentives and recognition are simply tools to help guide, reinforce, communicate and reward behavior. I’ve also said that only those qualified should wield those tools. A scalpel is a tool, but I don’t want my mechanic using it on me. Yet I continue to see poorly designed programs (posted about a doozy just a few weeks ago)… “Employee Engagement Plan – Dumb or Dumber? You Make the Call”

So today, I’d like to highlight something that shows just how fine an edge there is on a good vs. bad incentive program, and why I get so “ranty” when I read posts from ex-real estate sales people suggesting they have the answer to “employee motivation and engagement.”

Yet most of us think it is.

We believe that if we want to change behavior, we need to offer an incentive that has some bite – something big to get your audience’s attention and get them to do something (or stop doing something). But the reality is that sometimes smaller awards are better. Knowing when to bring out the big guns and when a derringer will do is why you should seek the expertise of someone other than your brother/sister in-law who has been in an incentive program.

To illustrate the nuances involved, let’s explore this research showing smaller rewards are more effective than large ones when targeting behavior around online learning.

They studied online learning because it is typically self-directed. That means no one is “running” a class and forcing the participants to pay attention like in-person learning. And self-determined learning is most effective when it is autonomous and driven by interest in the subject itself – not by the promise of a reward. Companies have used rewards to drive people to take classes and engage with the material, but they found that many times tangible rewards undermine autonomous motivation. People start to substitute the “interest” in learning as their motivator, focusing instead on the reward, causing negative results.

In other words, the larger rewards made them lose interest in their desire to learn and actually do worse.

But the smaller awards – awards that wouldn’t be so big as to logically be an “incentive” – were effective because it provided a “nudge” rather than a knock. The smaller awards did not trigger learning “for the reward” because the reward was too small.

Think about all the various behaviors you want to influence your organization. Most of them you want to be embedded in the culture – you want people to want to do them at some point WITHOUT the reward – yet you need to nudge them to get them pointed in the right direction. And rewards can do that. But, if the reward is too large, your employees will see the reward as a hammer and lose the internal connection to changing behavior – they will in effect “rebel” against the reward and see it as coercion. No one wants to be “forced” to change. And unless designed correctly, incentives can feel a bit “slimy.”

Here’s the thing. Incentives are simply “choice architectures.” Your incentive communicates to your audience what choice you want them to make and the reward signals how much you want them to change. But too large a reward communicates that you don’t think the change is either easy or pleasant. But a smaller award says – “we want your behavior to change and we know you know it will be a good thing as well –and we want to say thanks in advance with this little award.”

From the article on HBR where I found the research:

A good case can be made for using small rewards to encourage cultural adaptations in previously successful businesses facing disruptive change. The behavioral patterns of employees in such organizations tend to be deeply inscribed, reflecting what made them successful in the past. Appreciation for change, which is necessary when things are no longer going well, tends to be lacking. In such circumstances, small rewards may provide a way to nudge employees into embracing change, just as small rewards in our course nudged students into engaging with a subject that most had no initial interest in. When employees start to alter their behavior without attributing the reason for these changes to external rewards, those mark the first steps toward sustainable behavioral change.

In sum, small rewards can help foster autonomous motivation and serve as tool for behavioral change in settings when personal interactions are limited.

And who isn’t in a disruptive world right now.

Don’t assume size is the answer. Look at the change you want and ask yourself if you want it to be sustainable, embedded and long, long term.

If you said yes, then maybe a series of smaller nudges is better than a couple of big-time award events.

If you have a huge embedded behavior you need to change immediately – then a bigger club can be your friend. But – for long-term changes – small, pats on the back can make the change much more personal, pleasant and more importantly, permanent.