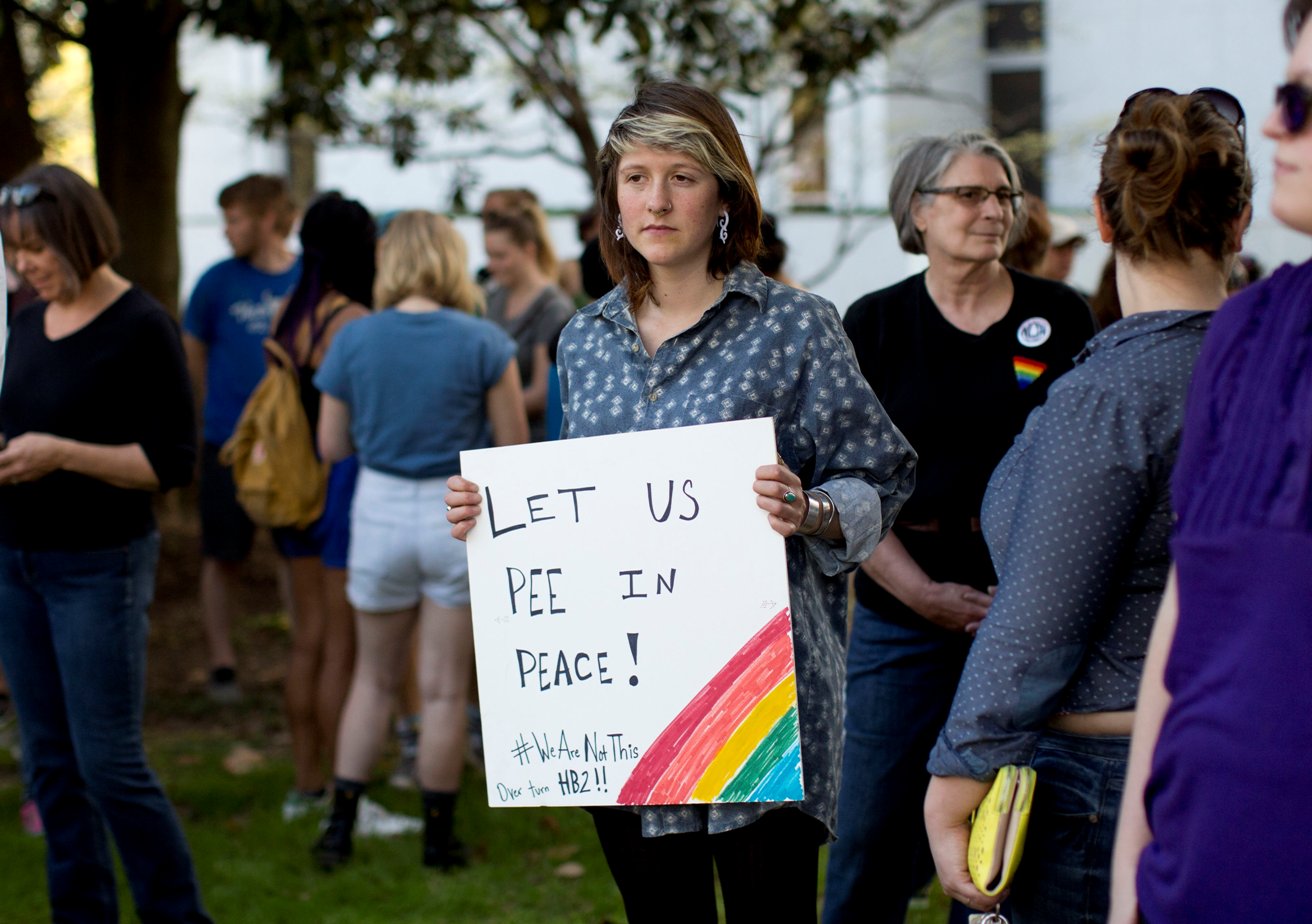 I live in North Carolina, a state so beautiful that people like me visit from desperate hell holes in the Midwest and say things like, “I’m never going home.”

That was more than eight years ago, and I meant what I said. There’s no going back. This is my home. I was born in the north, but my soul belongs to the south.

North Carolina is surprisingly moderate despite our history of slavery, racism, and crappy politicians. For the most part, this state is filled with good people who mind their own business and don’t care what you do (or who you love) as long as you don’t hurt anybody.

Does about half the state hate Hillary Clinton? Yes. Does the other half hate Donald Trump? Absolutely. But, can we please talk about something else and eat some pie? Also, the state fair is coming up. Everybody loves the state fair.

Unfortunately, North Carolina’s citizens are being held hostage by a legislature that is locked in a ridiculous battle about bathroom rights called HB2. Basically, you can only use a public bathroom that aligns with your physical sex at birth. This fight is for our North Carolina values, they say, but it’s also about safety.

So, yeah, that’s bullshit. This bill is about attacking the LGBTQ community while simultaneously limiting voting rights and worker’s rights. Our Governor, Pat McCrory, wants us to believe that he cares about women and children. He tells us that the law is a “common-sense measure” that protects our citizens from super-pooper-predators who want to watch your kids use the toilet.

Pat McCrory must think today is the day we woke up stupid.

Nobody in North Carolina is getting assaulted by LGBTQ citizens in bathrooms. If anything, it’s the other way around.

And most organizations understand how valuable LGBTQ workers are to their companies. Leaders support their workers. Businesses such as the NCAA and NBA are pulling their premier games out of North Carolina. The ACC is pulling its championship game from Charlotte. Long-standing conferences are choosing new venues and refusing to do business in my state. Companies have halted expansion. And it’s just a matter of time before Salesforce bans business in North Carolina — just like it did with Indiana — because my state’s policies violate their company handbook.

It all comes back to HR, doesn’t it?

And, if this law isn’t overturned, HR professionals of all sexes and genders in North Carolina will have to sort this out. They will move into the realm of “bathroom police” — which is one, horrible step beyond “holiday party police” — and start carding people at the door before they take a crap at work.

Fabulous. What a great time to be a human resource professional in North Carolina.

I’m going to tell you what I’ve told countless business leaders and HR professionals throughout my 21-year career: before we jump to any conclusions about anything — policies, procedures, layoffs — let’s use evidence to determine if there’s a problem. And if we determine there is a problem, let’s use the best information and tools out there to solve it.

However, there is proof that HB2 is hurting our economy. And we have evidence that the state is spending money on defending HB2 — a bill that most of its citizens do not support — while still struggling to support teachers and local services.

With that evidence, we have some decisions to make as voters.

Come November, I truly believe that the voters of North Carolina will look at the evidence, or lack thereof, and see that Pat McCrory and his gang of HB2 bigots are causing financial damage to the business community in North Carolina. And they’re ultimately trying to turn me, an HR lady, into the bathroom police. No thanks.

Through our sacred right to vote — a vote they’ve been trying to take away, by the way — the citizens of my state must act like HR professionals and have a crucial conversation with Pat McCrory about HB2.

And I think we must fire him.